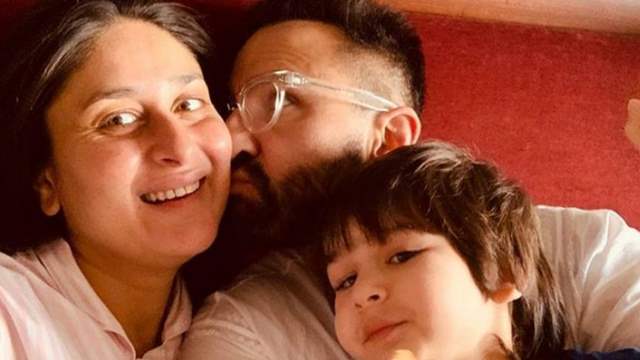 B’towns royal family, Saif Ali Khan and Kareena Kapoor Khan are all set to welcome their second child after Taimur. The couple announced the good news back in August and the actress is due in March this year.

While Bebo continued to fulfil her work commitments throughout her pregnancy, her darling husband Saif is on a paternity break to spend some quality time together. Saif has reportedly planned his schedules accordingly so that he can be on Kareena’s side during the last leg of pregnancy.

Saif’s historic drama Adipurush is all set to go on floors this month but the actor will be joining the team only after Kareena’s delivery.

Speaking of Adipurush, the movie will feature Prabhas as Lord Ram and Saif Ali Khan as Raavana.

Saif sir and Prabhas have been prepping for the film extensively for the last three-four months. At this moment, my team is excited for the shoot to commence. They are preparing the final schedule. From where I see it, Saif sir is on paternity leave and will join the shoot sometime in March this year. It’s a deep, extensive story. We plan to shoot all the way up to August.

1 months ago between whennher so called husband went to work

+ 2
1 months ago She looks old. I know pregnancy one gains weight, retains water, puffs up. her teeth looks older than her age. something is off with that