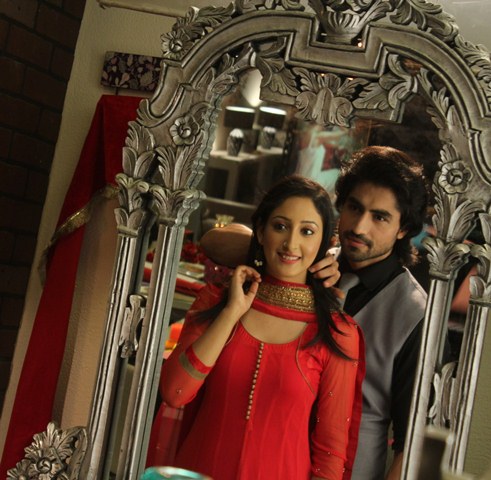 The track of Sony Entertainment Television's Humsafars is keeping the audience at the edge of their seats with interesting twists and turns. Viewers have seen how a masked criminal is causing havoc in the Niyamat house.

From spooky things to the maid's death, everyone is perplexed as to who the culprit is. However, the upcoming episodes will see a new twist in the story that will leave the audience shocked!

The lead protagonist of the show, Sahir will be shot by the mystery man! Yes, you read it right! The mystery shooter will target Arzoo but the bullet will hit Sahir! He will be immediately rushed to the hospital by a shocked Arzoo. On reaching the hospital, the doctor will inform Arzoo (Shivya Pathania) that Sahir (Harshad Chopra) has lost a lot of blood and his conditional is very critical.

Who is this mystery man and why does he want to kill Arzoo? Will Sahir succumb to his injury or will he fight back?

+ 2
6 years ago God bless you Harshad Chopra, we love you.

6 years ago Harshad Chopra and Shivya Pathania are brilliant actors and they rock. We love Saaz :) Can't wait to see these episodes

+ 4
6 years ago Harshad Chopra and Shivya Pathania make a wonderful pair together.

6 years ago Harshad chopda you rock as Sahir...!!

6 years ago Loving this show ...its getting more interesting..
Harshad Chopra and Shivya Pathania both doing great job

6 years ago It's the best show and cvs are showing good stuff since a week..

6 years ago SaAz comes alive with Harshad and Shivya