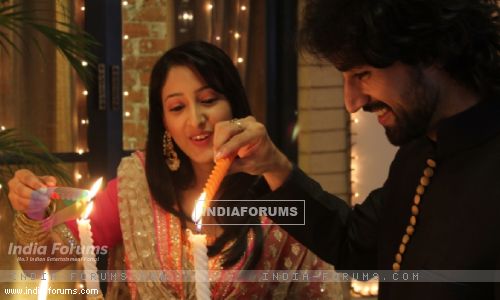 4 Lions Films' popular show Humsafars on Sony TV starring Shivya Pathania and Harshad Chopra have got a bang on opening in its first week itself with its ravishing star cast and the story line of the show. The show had recently aired the track of Fashion show which appealed the audience and grabbed all the eye balls.
Further next, the track that we got informs our source. "Viewers will get to see in the upcoming episodes that Sahir (Harshad Chopra) comes to know that something went wrong when Arzoo (Shivya Pathania) went to pick up the designs from Sarfaraz (Darpan Shrivastava). When Arzoo returns back to office, Sahir asks her what went wrong, what is her relation with Sarfaraz and how is she connected with him. Sahir being harsh like always tells her that either she tell him all the truth or she will be fired from the office. Arzoo comes to know that Sarfaraz is actually her father who had left them long ago."
Well, here lies the mystery. It would be a great watch to see whether Arzoo will reveal all the mystery in front of Sahir and how will he react to this revelation.
Keep reading this space for more updates on your favorite shows.
Upasana Patel

fantail 6 years ago Humsafars is awesome...

Harshad is the best

6 years ago Harshad Chopra loving you as Sahir...always keep rocking

6 years ago I love you a lot Harshad Chopra... Muaah.. God bless you
love you

Harshad is the best

6 years ago Harshad chopra u r an amazing actor...
love u .. muaahhh

6 years ago Harshad Chopra you rock as Sahir..keep it up

6 years ago You are doing gr8 job Harshad Chopra...God bless u...