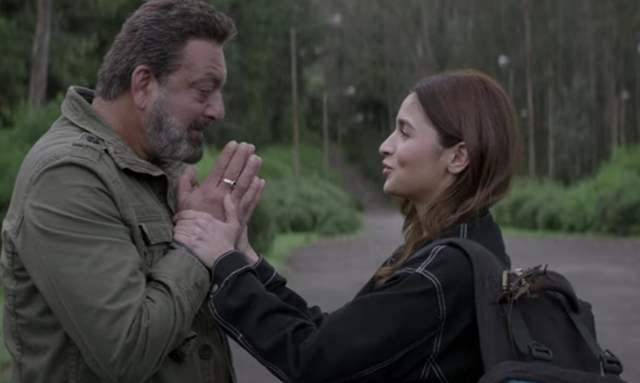 The trailer of the much-awaited film, Sadak 2, featuring Alia Bhatt, Sanjay Dutt, Aditya Roy Kapur and Pooja Bhatt starrer is out now and it seems to be rather interesting. While the trailer shows how Alia, Sanjay and Aditya's characters come together in unveiling the truth of who seems to be a 'Guru,' a lot of other things transpire.

One of the highlights of the trailer is the equation that Alia and Sanjay share on-screen and it is very refreshing after all. With Aditya and Alia pairing up on-screen, they make for a good to watch on-screen pair as well, and together, the three of them are sure to keep us hooked to the movie when it is out.

Slated for a release on Hotstar on August 28, 2020, the movie also marks the return of Mahesh Bhatt as a director and from the looks of it, the team has done a great job at it. While the highlights that we see in the trailer, make us wonder if this is it or the film will also have the moments of highs and lows, Sadak 2 is likely to turn out to be a decent watch if this is the pace of the movie.

While the movie has been subjected to a lot of trolling due to the ongoing nepotism debate, the reviews online seem to be rather mixed. However, a lot of fans have indeed loved the Sadak 2 trailer while some continue to dislike it for various reasons. None the less, we'd love to watch the film to see for ourselves whether it lives up to our expectations or not.

Check out the Sadak 2 trailer and drop your comments below:

Aly Goni questions 'what about justice for Sushant Singh ...
an hour ago

Subuhii Joshii loses weight all by herself
2 hours ago