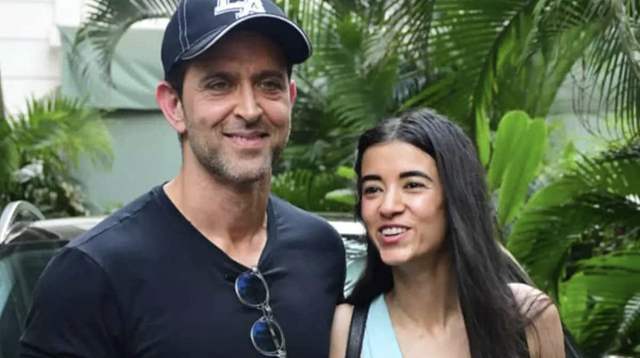 Saif Ali Khan and Hrithik Roshan are the talk of the town since their film Vikram Vedha released. The major on-screen showdown between these two stars had been widely anticipated, and now that it has finally been released, fans are gushing over the actors' performances.

You can watch read our review here.

The Pushkar-Gayathri movie is getting rave reviews on social media, and many celebrities have used their accounts to express their opinions about it.

Now joining the bandwagon is Hrithik's girlfriend Saba Azad has showered praises on the actor. Taking to her Instagram stories Saba Azad shared a poster of Hrithik Roshan’s Vikram Vedha and wrote a note for her boyfriend. Saba wrote, “Congratulations on an excellent performance to the most hardworking human I know – you make me so so proud Ro!!”

In the next story she shared yet another poster of Vikram Vedha and wrote, “Congratulations to team #VikramVedha for a super engaging film – Iv seen it twice and I am going to see it again…and again!!”

On the day Vikram Vedha was released, Hrithik Roshan and Saba Azad were papped together in the city as they happily posed for the picture. 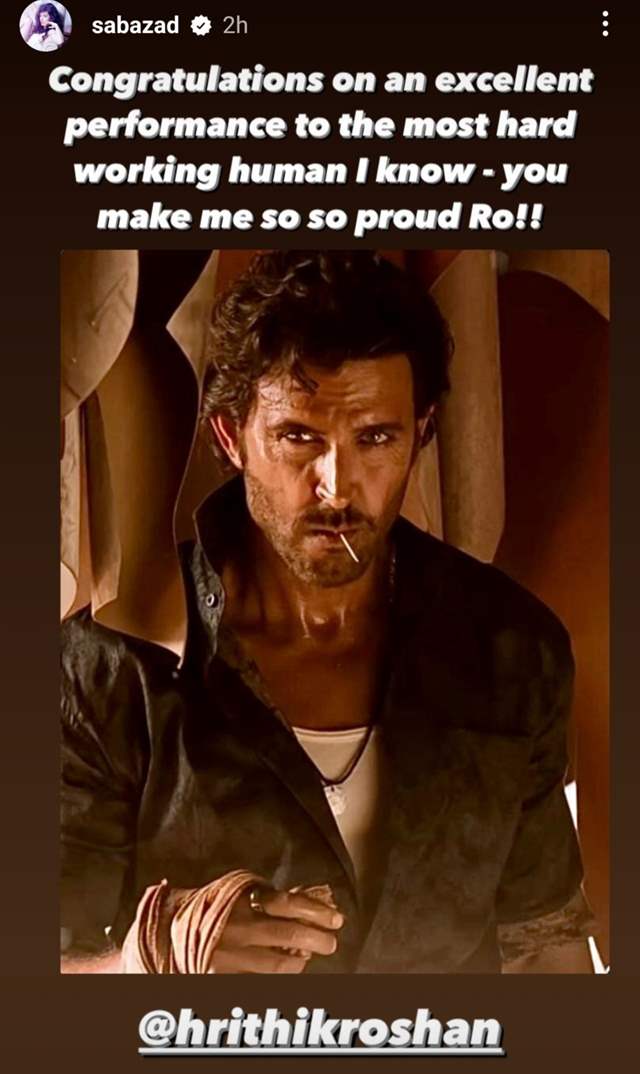 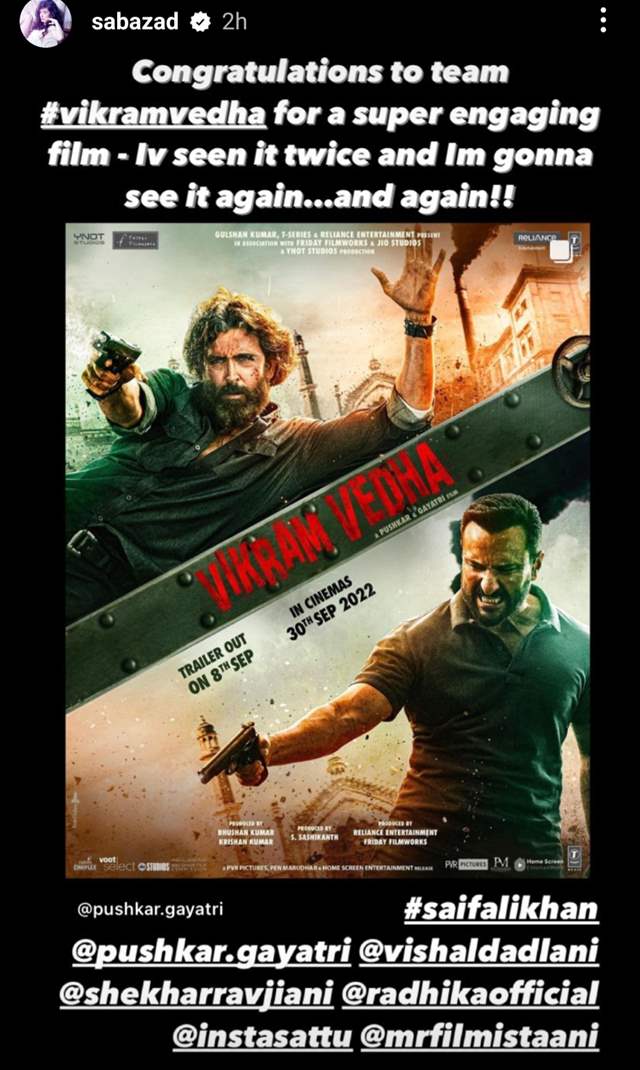 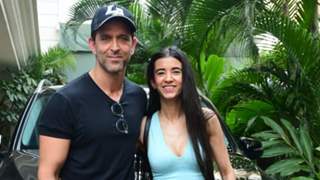