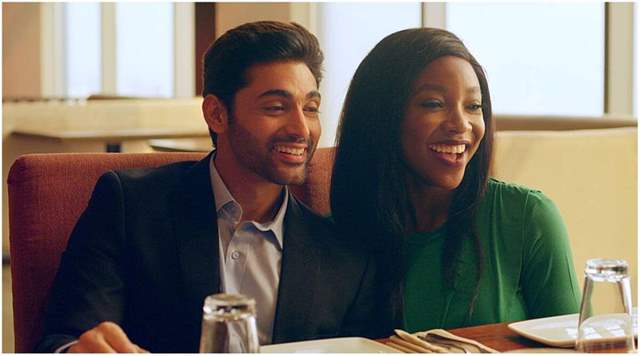 Ruslaan Mumtaz has been a known face in the entertainment industry right from his first film 'Mera Pehla Pehla Pyaar' and with upcoming film Namaste Wahala, the actor has gone international.  With a unique concept and refreshing take on a love story, Ruslaan Mumtaz showcases a different facade of her versatility, trying something new.

The cast of Namaste Wahala also includes Ini Dima-Okojie, Richard Mofe-Damijo, Sujata Sehgal. We got in touch with Ruslaan and he spoke about the movie, cross-cultural love story, and more.

We'll see you back on the screens in an all new avatar, tell us your thought process behind saying yes to the film.

I think I was just fortunate to be at the right place at the right time and to say yes. This film was offered to me one year ago, the costume designer from the film called me and he told me that we have this film that will be shot in Africa, the director really likes you, and only you and the character who plays your mother will be from India. So I got in touch with her and she said that there is a concept that we have and Bollywood is really big in Africa and I thought I should make a movie with a Bollywood touch with an Indian guy and an African girl, so I thought I should do this. The cast is really big in Africa, the guy who plays the female lead's father, he is like Amitabh Bachchan there. So I did this for a sheer experience of it and at that time I did not know that it will be releasing on Netflix as an original film and I was just looking forward to the movie, to romance an African girl and the rest is history I guess.

Destiny chose this film to debut through this on Netflix and the kind of subject it has, it will reach out to many people. My only brief was that every African girl who sees this movie should think that Indian boys are hot and charming and so you should better live up to it because you are representing them.

The movie narrates a rather interesting cross-cultural love story, what is your personal opinion about it?

I think we need more movies like this which talk about love which breaks warriors, because even in our country, we are facing so many issues, including issues regarding marrying someone from a different religion or different cast. There are things like honour killing going on so there is so much hatred and it is just time that we as performers or creative people spread love and I am very honoured and proud to be a part of the film that has been made about the love between a black girl and brown boy because generally, that is not the case. Thank God that someone came with this concept and it is high time that even India comes on the map, and I am fortunate to play this role.

This is a Netflix original, and OTT is a booming space right now, do you feel overwhelmed?

Now that the movie is a Netflix original and now that people who are in the States or in the UK or anywhere else, they will all be watching these movies everywhere and that is going to be happening after a really long time and this is when they say that certain things are just luck by chance and reading all the comments on YouTube and otherwise leaves me speechless, because I did not expect any of this and I am just thankful and grateful to the world, to God may be that all this is happening.

I have been away from the OTT platform for such a while because there is a lot of sexual content on it and I have not been very comfortable with because then just the clip of the sexual content is WhatsApped amongst people and it shows up on all kind of sites and hence, I was avoiding it. Luckily, this movie has no bold sequences and it is a clean film for a family watch, and it is about how love overcomes everything else, how love is stronger than color, than religion than everything else.

The movie is now streaming on Netflix and released on February 14.

Mithila Palkar spills the beans on playing Masha in Tribhanga

7 days ago I respect this guy! more respect.