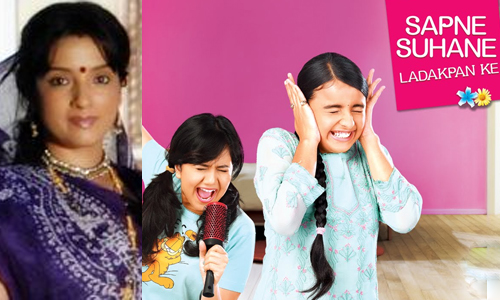 Shakuntalam Telefilms' popular show Sapne Suhane Ladakpan Ke on Zee TV will soon bring in a new character in the show which will be played by Rudrakshi Gupta who will be seen as KT's mother. Rudrakshi Gupta was seen in shows like Mitwa on Star Plus and Jasuben Jayantilaal Joshi Ki joint Family on Imagine. While the actress remained away from television for quite a long time after her show Mitwa went off air now she is back on screen to essay a pivotal role in the show.

As per the ongoing track, Rachna (Mahima Makwana) and KT (Piyush Sahdev) are finally getting engaged as expected this happy occasion will see a dose of high voltage drama.

Our source states, "Rudrakshi will be coming in the show as KT's mother. She will be seen in a negative role and will create problem in Rachna and KT's love life. Her entry is slated to showcase during the engagement sequence of KT and Rachna."

Well Rudrakshi Gupta's entry in the show will definitely add a new twist in the tale.

TellyBuzz wishes Rudrakshi Gupta all the best for the new show!

brat2008 6 years ago Rudraksi Gupta liooked familiar . She played the nurse who gets married to circuit in munnabhai Mbbs.

sizzlingtrisha 6 years ago Mahima makwana Piyush sahdev you both rock

PariDsouza 6 years ago Mahima Makwana, you are the best...

Theta14 6 years ago i am excited for the twist..
welcome to the show rudrakshi jee..