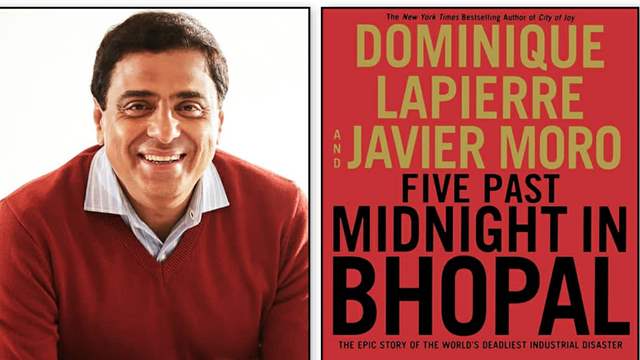 The book delves into the leakage of the toxic methyl isocyanate gas at an Union Carbide India Limited pesticide plant between December 2 and 3 in 1984 and the horrific fallout, which led to thousands of casualties and lingering illness.

In “Five Past Midnight in Bhopal” Lapierre and Moro weave hundreds of characters, eyewitness accounts, and adventures into one thrilling human tapestry. It is an epic of ambition and valor, faith and hope, catastrophe and consequence – as spine-tingling as Titanic, as harrowing as The Perfect Storm, and as relevant as the latest headline.

Sharing excitement about the new project, Ronnie said: “A breath-taking story, compellingly told…this story needs to be adapted for screen with the importance and scale as that of Chernobyl. A series that will keep you on the edge of your seat, touch your heart, provoke your anger and compassion. It will challenge the determination and implementation of international policy while also celebrating the spirit of human endeavour against all odds. There isn’t a better time for this story to be told.”

Other feature films based on the Bhopal gas tragedy include Mahesh Mathai’s “Bhopal Express” (1999) and Ravi Kumar’s “Bhopal: A Prayer for Rain” (2014).