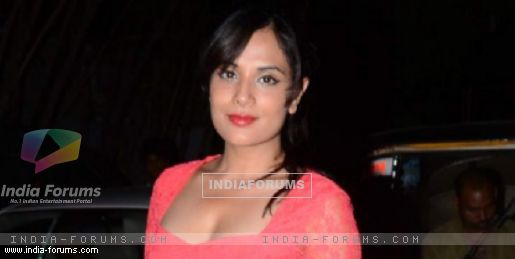 She took to her social networking account and shared the shot of the 'mahurat clap' with her fans.

"Cabaret", as the name of the movie suggests, is based on dance, which Richa has been extensively learning and practicing for a long time. However, speculation is rife that the film is inspired by yesteryear actress and cabaret queen Helen's life.

Neither Pooja nor Richa have officially confirmed whether the movie has anything to do with the life of Helen.

Pooja is said to have searched intensively for two long years, before she signed Richa in the lead role.

The movie is being directed by Kaustav Narayan Niyogi and produced by Fisheye Network private limited.