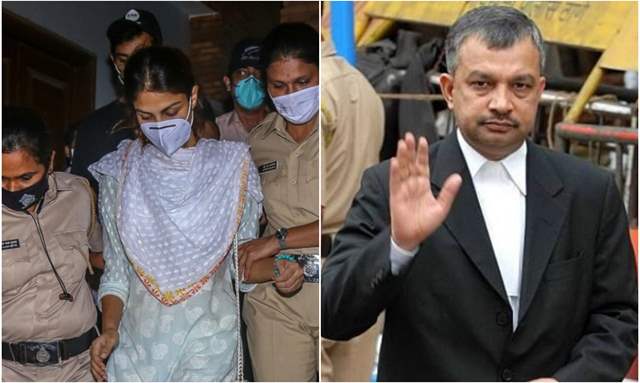 Now, Rhea’s lawyer Advocate Satish Maneshinde in his recent interview with CNN News18 has refuted these reports and stated that Rhea never gave out any names during her interrogation at NCB's Mumbai office.

It was reported that Rhea had given out these names to the NCB while being interrogated by the agency officials. He said, "Rhea did not name any Bollywood actors."

He was also quizzed about Jaya Saha's role and how her interrogation led to big names like Deepika Padukone, Sharddha Kapoor, Madhu Mantena in the news. Reacting to the same Maneshnde said, “What Jaya has done is to her knowledge."

Clarifying about the CBD oil chat that was recently flashed in the media reports and which was allegedly given to Sushant Singh Rajput was an extract of ganja leaves.

What Jaya had done for Sushant Singh Rajput and Rhea Chakraborty, was to send CBD oil, which is an extract of ganja leaves and is not a narcotics substance.

Furthermore, defending his client and actress Rhea Chakraborty, Maneshnde also highlighted, “Being in the household of Sushant Singh Rajput cannot be termed as a syndicate, there is no allegation that she dealt with anybody. NCB was set up to investigate serious cases”

In a recent turn of events, the drug angle in Sushant Singh Rajput’s death investigation has seen explosive development today. The NCB has summoned Deepika Padukone on September 25 i.e on Friday followed by Sara Ali Khan and Shraddha Kapoor on September 26 i.e on Saturday.