View Profile
In preparation for his upcoming film Not A Love Story, starring Mahie Gill, Deepak Dobriyal and Ajay Gehi, Ram Gopal Varma had planned a photoshoot at Dheeraj Sholitaire Building in Malad. The movie is based on the real 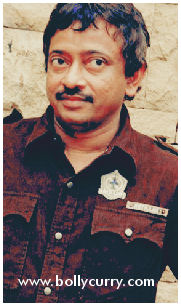 life story of Maria Susairaj, and the location he had chosen was the very same building where she lived and allegedly murdered Neeraj Grover. The shoot came to halt, however, when society members stormed the flat where the event was taking place and demanded that it be ceased.

The rather startling twist lies in the fact that prior to beginning the production process, RGV had received permission through Subhash Dhankar (Maria's broker), to shoot at one of the flats in the building. It was only during the shoot that they were denied permission. The cast and crew lost precious time four hours due to this hold up. While rescheduling would otherwise have been an easy solution, that wasn't an option for this event as Mahie was unable the next day.
As is often the case, in the end it all came down to money. While the society authorities demanded the team leave, the producers sensed that they were actually just trying to cash in on the situation at a higher price tag. With no other alternative, another studio was immediately booked and the team completed the photoshoot.
Such hurdles are not rare for films based on facts rather than fiction; in spite of this particular one being tagged as a money matter, we at BollyCurry hope that sensitivity towards real life victims and their memory can be maintained.
Editor(s): Lola & Jenifer. Graphics: Sano