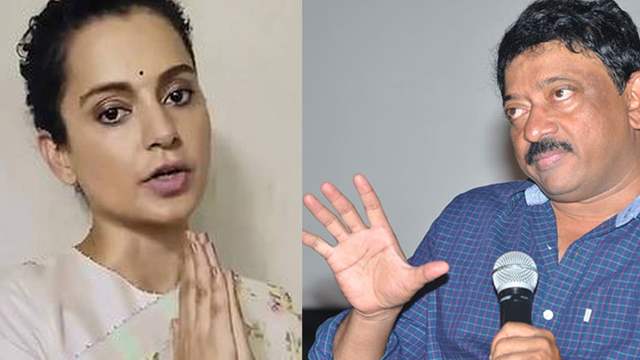 Kangana Ranaut recently shared a selfie from the action shoot of Dhaakad with traces of blood on her face and revealed in the caption that she feels like a hot-blooded Kshatriya.

"You may think it’s strange to find solace in conflict,you may think it’s not possible to fall in love with the sound of the clash of swords,for you BATTLEFIELD might just be ugly reality but for the one who is born to FIGHT there is no other place in this world where she belongs.

My only true lover my battle field, the only place where I never feel out of place #Dhaakad"

Reacting to Kangana's tweet, filmmaker Ram Gopal Varma took to his Twitter handle a while back to laud the actress for her professionalism and even called her a 'Fu**ing NUCLEAR BOMG'.

However, he deleted the tweet later and we wonder why?

Actress Kangana Ranaut recently confessed from the sets of Dhaakad that battlefield is her 'one true lover' and that it's a place where she never feels left out. Along with this confession, Kangana shared a selfie from the sets after the action shoot and one could see blood traces on her face.

Seeing the selfie and Kangana's tweet, RGV lauded her for her thorough professionalism and even said that he has never seen an actor in his career so far who is so original and intense like her.

Here's a screen-grab of his tweet that he later deleted: 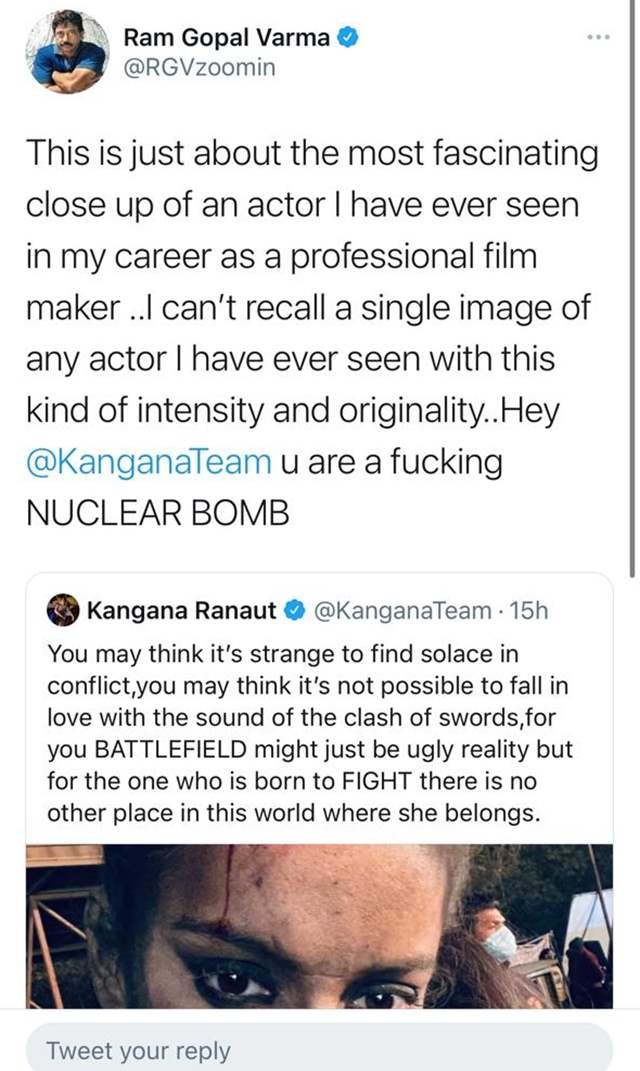 In a tweet, that is now deleted, Ram Gopal Varma wrote, "This is just about the most fascinating close up of an actor I have ever seen in my career as a professional film maker ..I can’t recall a single image of any actor I have ever seen with this kind of intensity and originality..Hey @KanganaTeam u are a fucking NUCLEAR BOMB."

Joel Rey 2 months ago Kangana Ranaut passes stools in the toilet every morning. I wash her sexy dirty shit hole.