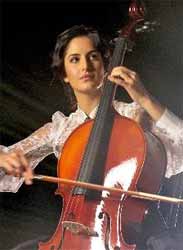 The much awaited movie yuvvraaj starred by biggies like Salman Khan, Anil Kapoor, and Katrina Kaif has hit the theatres today. The movie is expected a lot since the musical was done by A.R.Rahman. There was a good opening for the movie in box office. It’s a hit. Subhash Ghai has done a good job and the combination of him with A.R.Rahman has worked out.


Deven Yuvvraaj (Salman Khan) is a struggling singer who signs an agreement with his girlfriend Anoushka’s (Katrina Kaif) father Dr. Banton (Boman Irani) to be a billionaire in 40 days. To acquire this wealth, he has to go through an emotional roller coaster journey of joy and pain with his two estranged brothers Gyanesh Yuvvraaj (Anil Kapoor) and Danny Yuvvraaj (Zayed Khan) who he meets after 12 years.


On meeting them, he realizes that they are two individuals who are completely opposite to each other, which makes his task all the more difficult. Who will emerge as the real Yuvvraaj in this musical extravaganza? ‘Yuvvraaj’ is a drama of Money vs. Family A musical treat all the way in Subhash Ghai 's inimitable style.


Second Half of the film is better. If the first hour has a few famous Ghai scene
Featured Video 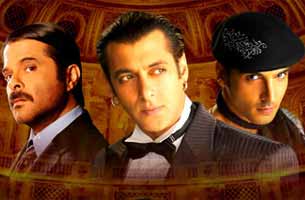 s, in the second hour Ghai can be seen in form, with a number of sequences staying in your memory. The last 20-25 minutes are the best. The scenes where Anil goes through the handycam with disbelief, Anil and Salman's act during the concert and Salman's emotional outburst towards the end are worth applause. But Screenplay lacks consistency.


Katrina looks sweet. Though the focus being on the three men, she registers an impact. Boman Irani and Aushima Sawhney are great.


On the whole, the romance between Katrina and Salman in the movie was heart touching and you can have a feeling of sitting infront of them and watching all those. The movie is worth to watch.


Bollycurry Rating: 3 chillies out of 5.