With Shaurya, director Samar Khan has somewhat succeeded in doing justice with the Indian version of Hollywood mega-hit flick ‘A few good men’. The film deals with the army courtroom drama taking place 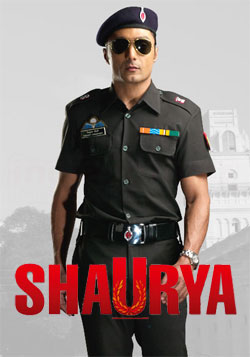 Featured Video
between two friends involving a very senior army officer who desperately wants one of his sub ordinates to be executed, while the reality, which our hero (Rahul Bose) stumbles upon by and by, has a shocking effect. Needless to say, the story holds you.

But the film lacks pace and really needed a hell lot of editing for a better impact. The film which starts with an unneeded item number takes a lot of time to reveal the characterization of the actors and henceforth the main mudda of the movie isn’t highlighted at an appropriate time. One hardly understands a fact or two about the case, army lawyer Major Siddhant (Rahul Bose), has to handle.

But second half of the movie really makes up for the lacklustre first half. The last half an hour of the movie really makes the audiences stay glued to their seats eagerly awaiting to the mystery to be solved. Here both the screenplay writer and the director have to be given a lot of credit for the way they gradually build up the tension with every scene to unveil an unexpected shock for the audiences.

Apart from the number Dheere dheere… the music of the film doesn’t leave any kind of impact. The film would have done much better with the exclusion of the songs. Carlos Catalan has done a marvelous job as a cinematographer enhancing the vision of a director through his lenses.

The one department where the film scores full marks is that of acting. Every actor seemed to have successfully gotten into the skin of their respective characters. Rahul Bose and Kay Kay Menon have yet again proved why they are rated as one of the finest actors of Bollywood in today’s era. Even Deepak Dobriyal, the character in question has given a mind-blowing performance even though his character hardly got any aid from the dialogue writer as the movie required him to be silent for most part of the film. Seema Biswas, Minissha Lamba and Amrita Rao have also portrayed their character pretty well. The surprise package of the movie turns out to be Javed Jaffrey. With his brilliant performance he has once again proved that he indeed is one of the under-rated actors of Bollywood. Javed has once again proved the kind of versatility he possesses by enacting a non-comical character.

Even though one may think twice before including the movie in his DVD collection it is worth to be watched at least once at your nearest cinema hall. 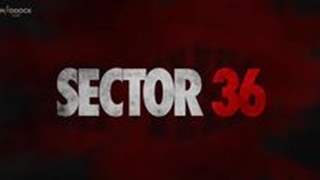