Mashhoor Amrohi has attempted real task acting under his own direction in his debut film as a director. Trying to prove his mettle in winning the world, Mashhoor, in his debut film Humse Hai Jahan, has set an example to follow for the youngsters who want to act in their self-directed films.

Don Gary Rosaria (Jackie Shroff) gets emotionaly hurt by Sameer (Mashhoor Amrohi) as he makes a mess at Gary's hotel during an action and in order to reimburse his mental gash the don forces Sameer to work for his illegal operations. During this span Sameer needs fifty lacs rupees but he doesn’t have guts to ask Gary for that amount. Sameer plots to kidnap Esha (Vishakha Singh), the daughter of flop superstar Gyaneshwar Singh i.e. G S (Shahjad Kha 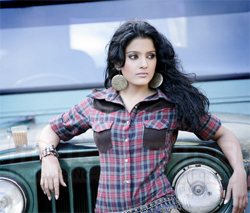 Featured Video
n), to bag the amount. But he fails all the time he goes to kidnap Esha with his friends. Then he traps Esha in his love and eventually succeeds in kidnapping her. But that success makes him confident enough to attempt more such things to earn more money. In that way he gets strangled among Dabar (Mukesh Rishi), Samba (Mack Mohan) and Pran Panwara i.e. P P (Kiran Kumar). Having no other option, Sameer decides to get helped out by his uncle Prithwiraj Khanna (Prem Chopra), who is a retired Indian ambassador. To avoid the long questionnaire of his uncle Sameer presents Esha as his wife. On the other hand G S, being very morose with the kidnapping of his daughter, contacts his long time friend Gary for help. Gary comes to think of Esha as his god daughter. Without having any hint about Sameer having his hand behind everything, Gary appoints him in search of Esha. Unfortunately Dabar and Pran inform Gary about how Sameer, acting as Esha’s boyfriend, has kidnapped and killed her. At last the story reaches its endpoint and like many other Bollywood films this film also ends on a happy note.

As a writer Mashhoor never left a chance to make the audience bored. Acting and direction of the film was also up to the mark. Considering Humsey Hai Jahan as Mashhoor’s first film, he can be allowed a little freedom. Vishakha has acted well in accordance with her character. A K Hangal looks well in his new look of Mr. Wild West. On the other hand Kiran Kumar and Prem Chopra are such actors who these days are seen less on screen. Mashhoor has used them very well in this film. It won’t be wrong to call Prem Chopra the rising item boy because of his tapping toes in a song. But the sad note of the film is that Mashhoor, in keeping his eyes on portraying various characters, failed in creating perfect choreography. The story is well built but having it missed the comic touch it would have been very tough to sit and watch the film. If you are a fan of Kamal Amrohi films then you would really love to watch his grandson’s film, only if it’s not otherwise. The rest is obviously upon the audience and their way of accepting the masala from the grandson of a classic maker.

Sangeeta Bijlani and Jackie Shroff to be seen as special judges on ... 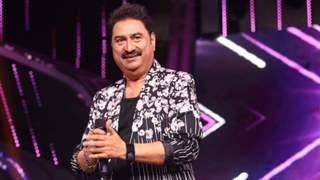 My heart goes out to his family and Shehnaaz: Bigg Boss OTT ...

Varun Sood on Divya Agarwal winning Bigg Boss OTT, if he would be ...

Payal Ghosh on suspected 'acid attack': It's all planned