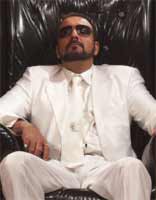 EMI (Easy Monthly Installments), a film by, debutant director Saurabh Kabra. Saurabh picks up incidents from real life and depicts the pros and cons of availing loans. In this film, four different stories run parallel, plus there is a 'Bhai' (Sanjay Dutt), who not only helps defaulters to recover their outstanding loans, but also sorts out their personal lives.


"Liya Hai To Chukana Padega!" (If you have got the loan, you have to repay). ‘EMI’ talks about 'take loan, buy now, pay later' syndrome which has become a part of life for modern day India.


Here Sanjay Dutt is in the role of a loan recovery agent and Urmila Matondkar as a super-sweet next door girl in a plot that portrays contrasting characters who spend without thinking.


The movie is made in the backdrop of a financial meltdown and a crisis looming large over banks and credit card industry. The story of the movie is revolving around the credit cards, loans and
Featured Video 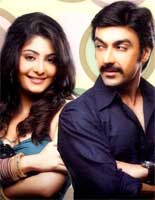 
Sanjay Dutt is on a repeat with his 'bhai' act. Urmila sure had to pay an EMI that she signed this film. The rest of the cast is all wasted. If the solution to paying an EMI or taking a loan was as simple as shown in the film, everyone would end up taking one.


Director Saurabh Kabra's choice of the subject in perfect, but the writing gives away. Chirantan Bhatt's music is average. Dialogues are excellent at places.


On the whole, EMI has a great concept that could have turn out to be a great film. Sadly, EMI is a bore from the first min! The film is a sleeping tablet- it puts you to sleep instantly.


Bollycurry Rating: 1 chilliy out 5. Dont spend on a ticket for this film; instead try if you can get it for fuket.