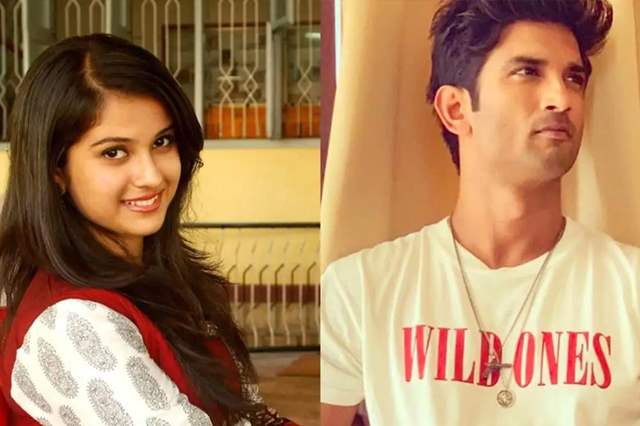 Just a week prior to Sushant’s demise, celebrity manager Disha Salian died on June 8, 2020. Earlier there were reports that stated Disha committed suicide by jumping off the 14th floor of her apartment in Mumbai’s Malad. However, after Sushant’s demise, several reports suggested a link between both the deaths. And while there continues to be

an array of theories linked to Salian's demise as well, further investigation was probed in her case too.

However, as per the latest report in India Today, all these theories seem to be rubbished entirely after the WhatsApp chats of Salian's good friend were disclosed that allegedly happened on the night of her death. According to the report in the news piece, late Salian, on the night of her death, was partying with her friends and fiancee and had reportedly consumed a huge amount of alcohol. Soon after, Salian felt depressed and stated no one cares for anyone anymore. In response to the same, one of her friends at the party asked Salian to stop being a spoilsport. Later, Salian allegedly locked herself in her bedroom. After a long time when she didn't respond to the knocks, her fiancee and friends pushed open the door and discovered that she had fallen off the balcony. The immediately ran downstairs and realized that she was alive. However, she was declared dead upon her arrival in the hospital.

"This detail is part of a message shared by Disha's close friend who had spoken to one of the friends present at the party. This message has also been shared on the college friends WhatsApp group which Disha was a part of, and upon verification, the police found the facts to be true," reports India Today.

"Her fiancee Rohan, Himanshu from college and two of her childhood best friends Neel & Deep along with Neel’s new girlfriend were there. This is Rohan and Disha’s house that Rohan bought because they were going to get married and move in. She was having fam issues and usual fights with Rohan but nothing way too major with him. 4 days ago she moved to Malad to this house. Yesterday everyone came over and they got drinking. She had a lot to drink and started crying saying things like “nobody cares about each other anymore” and stuff. Friends say she would get emo after drinking often. She called my friend Jeevita at 8 pm and spoke casually about post lockdown plans. At midnight, she video called with her friend in the UK and said the same things. Then she was crying and Himanshu was like kya party pooper ban rahi hai types. Next thing you know, she’s gone to the room, locked the door and turned the tap on. They presumed she’s throwing up. Then they kept calling out to her and no response so they broke in and she wasn’t there.

Himanshu and Deep looked down and saw what happened and ran. By the watchman already called the cops. Her heart was still beating but the body was dismantled (14th floor) and they picked her up and put her in Deep’s car and went to 3 hospitals all refused to take. 4th hospital allowed and declared dead. Now COVID tests are on - if negative, after a post-mortem they’ll give the body to the family. Meanwhile, all 4 boys are under custody but at home with cops. Rohan is getting badgered. Disha’s family is livid because they knew of their fights and stuff. And everyone is in disbelief because nobody would imagine she would."

That's how the whole report read.

luvumjht 1 months ago Seems like IF got paid. Shameless corrupt journalists.

monikameghan 1 months ago Just two questions to the article writer, if all that you wrote is true: 1. What was the need for the Mumbai Police to delete DS’s records?? According to your article it would be proven she committed suicide and the Mumbai Police did not need to hide it from Bihar Police. 2. Why did Mumbai Police got the PM done two days later and why they did not take pictures of her body?? Is that the normal procedure in a suicide case??

Anurag Kashyap's Lawyer Releases Statement on His Behalf
25 minutes ago