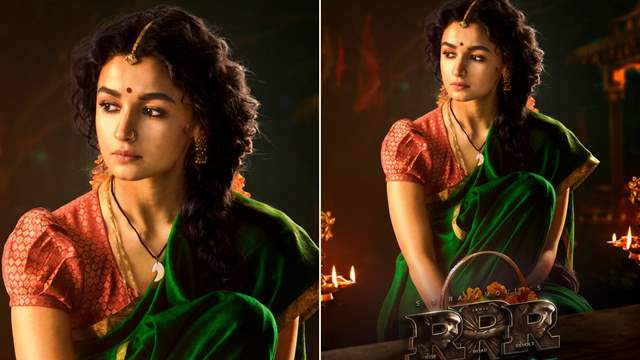 The wait ends as the makers of the magnum opus film ‘RRR’ have finally released the first look of their leading lady, Alia Bhatt.

It’s double celebrations for Alia as she celebrates her birthday today and received the best gift in the form of her look reveal from RRR. Presenting Alia Bhatt as Sita, the director of the film, SS Rajamouli, shared the first look on social media and wrote:

“Strong-willed and resolvent SITA's wait for Ramaraju will be legendary! Presenting @aliaa08 as #Sita to you all :)@tarak9999 @AlwaysRamCharan #RRR #RRRMovie”