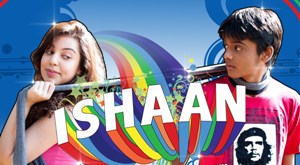 Disney Channel and Red Chillies Productions' Ishaan-Sapno Ko Awaaz De, the show which focuses on a boy named Ishaan and the choice that he makes between music and his friends is now all set for a return, after getting appreciated a lot.

The first season of the show which was of 21 episodes was received well by the audience, even when slotted at the early morning time of 10 AM.  The Finale episode drew a TRP of 1.05, which surprised one and all.

Our source tells us, "After looking at the popularity of Season One, Red Chilies has geared up for the launch of Season 2 with yet another hilarious series. The cast for the show will be more or less the same and the shoot has started on 10th of November".

Though the launch date has not yet been confirmed, a person from the production confirmed the news of Ishaan Season 2 coming back.

We got in touch with Rajeev Paul who essayed a very pivotal role  in Season One of the show and he too confirmed about the making of Season 2. "Yes, We have started shooting for the Season 2 of Ishaan. It's been great pleasure to work in a production house owned by King Khan (Shah Rukh Khan)."

Well that would make a great news for Ishaan lovers, isn't it!

Shaina_b 9 years ago Whatever happened to Fauji 2??

.FunLuvingGirl. 9 years ago I loved this series at the beginning, but its ending went boring..hope this one will be good

Aditiverma 9 years ago wowowowow...... i just love the show... the music is great... waiting to see the second season.... the end of first season was a bit abrupt.. i hope they don disappoint us this time...

kavya.b 11 years ago all the best farhan
u rocked in all the fields u entered
hope u''ll succed in direction also

Sushant’s sister Shweta Singh Kriti shares a video of a fan ...
22 minutes ago

Parth Samthaan: Kasautii Zindagii Kay has shaped me as an ...
58 minutes ago