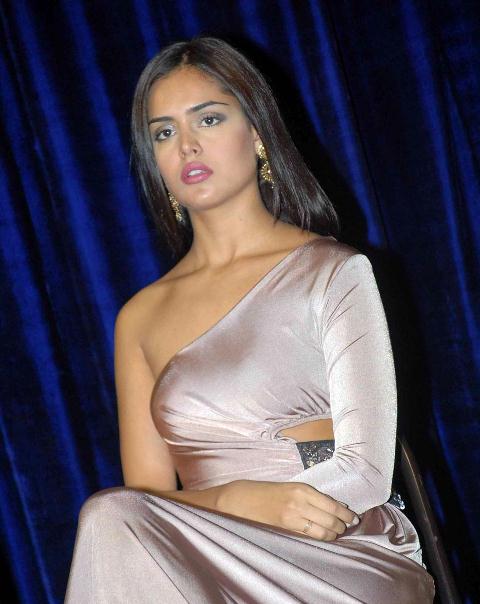 Brazilian model Nathalia Kaur, who recently stepped out of her comfort zone to perform some action-packed stunts in Indian reality show "Khatron ke Khiladi Darr Ka Blockbuster Returns", says she has no intentions to take part in any other reality show as of now.

She wants to try her luck in fiction TV now and is focused on films.

"Reality shows are not my thing. I'm more into acting. I love acting. Films are my focus at the moment," Nathalia told over phone from Mumbai.

"I'm a very artistic person... in reality, I'm a very reserved and quiet kind of person. I like to have my own flow. I'm not a person who goes out everyday and socializes. I think I'm not made for reality shows," she said.

Nathalia, who became the fifth contestant to be eliminated from the Colors show, is now anxiously awaiting her upcoming film "Rocky Handsome", where she will be seen alongside John Abraham and Shruti Haasan.

"It was a really great experience. The film is releasing on October 2. I have a very strong character in it. It's something I was really proud of while doing. People are going to see a lot of action in the film. It took a lot of energy from me," Nathalia added.

So how was her experience in "Khatron ke Khiladi"?

"It was something I really wanted to do in my whole life. I'm a very nature-connected person and I'm always ready for something that is related to fitness and physicality. It makes you a tougher person. I'm a very emotional person, and determined. The show really helped me to control my emotions and to be more skilful.

"Actually I was very excited rather then being fearful. I was waiting for the tasks. It was actually fun. Having fear doesn't makes you a coward, what makes you a coward is not fighting that fear. I've learnt a lot from the show," the 24-year-old said.

6 years ago Good going Asha Negi on KKK6. Loved seeing your stronger side!

6 years ago Asha negi is going fantastic on the show,hope she wins it

6 years ago Asha Negi I'm so proud of u. U are a role model to all.

+ 2
6 years ago Asha Negi, you really doing fabulous job KKK6. Hope to see you in Finale.

riddhiseth 6 years ago Asha negi is going fantastic on the show,hope she wins it

6 years ago Asha Negi, you are doing fabulous job as Khiladi in KKK6. Hope to see you in Finale.

6 years ago Asha Negi, you are doing fabulous job as Khiladi in KKK6. Hope to see you in Finale.