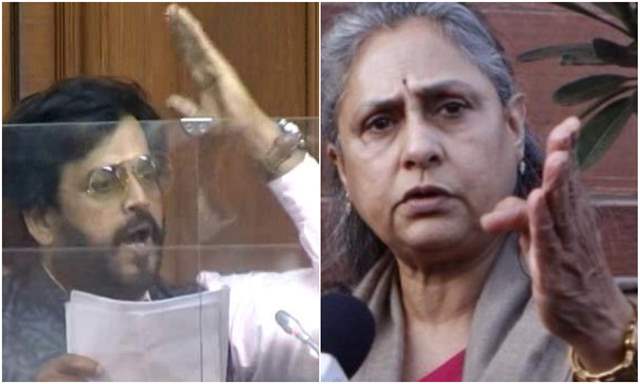 On Monday, BJP MP and actor Ravi Kishan brought up the discussion about the alleged 'drug addiction' in the Bollywood industry.

He raised questions about the drug nexus and alleged a "conspiracy" by Pakistan and China to destroy the country's younger citizens as he said: “A conspiracy is being hatched to destroy the country’s youth and our neighbouring countries are adding to it. The smuggling of drugs from Pakistan and China is being carried out every year. It is being brought via Punjab and Nepal. Drug addiction is in the film industry too. Several people have been apprehended. The NCB has been doing very good work. I urge the central government to take strict action against the culprits soon. Give them a befitting punishment and bring an end to this conspiracy by neighbouring countries."

You can watch the video here:

However, his remarks seem to have bothered veteran actress and Samajwadi Party MP Jaya Bachchan. During the second day of the Monsoon Session in Parliament, she had given a Zero Hour notice in Rajya Sabha, Jaya Bachchan responded to Ravi Kishan's comments and stated that the image of the entertainment industry needs to be protected.

Referring to Ravi Kishan's remarks, she said: “I was really embarrassed and ashamed that yesterday (September 14) one of our members in the Lok Sabha, who is from the industry, spoke. I am not taking names. It is a shame."

And now Ravi Kishan has responded to Jaya Bachchan's remarks against him and told Bombay Times that he is 'hurt' by her comments.

Reacting to the same, Ravi Kishan said: “Unhone yeh bhi kaha ki jiss thaali mein khaate hai, usme chhed karte hai. I just want to tell her that nobody gave me a break ever! Mera koi godfather nahi hai. From Bhojpuri to Bollywood I had my own journey. I am a self-made man.”

Furthermore, the actor asserted that he shares a good rapport with the Bachchan family and does not know why Jaya ji said something like that.