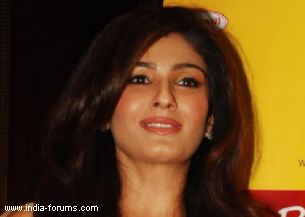 Actress Raveena Tandon spotted a runaway monkey near her Bandra residence here, and rescued the animal with the help of People for the Ethical Treatment of Animals (PETA).

When the actress noticed that the monkey had a rope tied to its neck, she realised that it was a captive monkey who must have fled from being forced to perform.

Raveena then arranged for some treats like grapes and bananas for the monkey, and called PETA for help.

"A runaway monkey in our home..called the PETA rescue guys," Raveena posted along with a photograph.

The use of bears, monkeys, tigers, panthers and lions for street performances is prohibited by law. But the use of monkeys to entertain and to beg for money is rampant.

"In fact, the people who were keeping the monkey illegally even came to Raveena's home to take it away, but Raveena didn't let them," says Sachin Bangera, PETA India's manager of media and celebrity projects.

"Monkeys are trained to 'dance' through beatings and food deprivation. Their teeth are often pulled out by the madaris so that the animals cannot defend themselves," he added.

Now PETA has arranged for the monkey to go to Primate Trust India rescue centre in Goa where it will be able to live with other monkeys.

This is not the first time that Raveena has teamed up with PETA to help animals. She recently appeared in an advertisement to promote the adoption of community dogs.