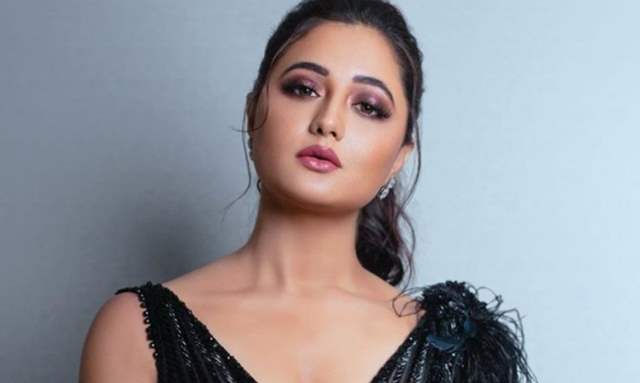 Bigg Boss 13 contestant Rashami Desai has had quite the roller coaster ride, not just during the show, but also otherwise. She was last seen in Naagin, and is now looking to explore web space, while also working on other things. She recently spoke to ETimes TV and here's what she had to say.

Talking about what does Rashami wants to do next, she says that she is looking into the web space as there is more chance to explore as an actress. She added how during one's career, one feels that one has missed out on something and she does not want to regret not having done what she wanted to. Further, she mentioned looking forward to moving to her own space as well and highlighted how the film 'Naya Din Nayi Raat' has always been fascinating for her where Sanjeev Kumar played 9 roles or even a movie like What's Your Rashee where Priyanka Chopra donned 12 different hats. Meanwhile, she mentioned that TV is always something she wants to do as long as it is a good script with a good director.

Talking about how she was chased for autographs during Uttaran and Dil Se Dil Tak and how it is still the same, Rashami says that the adulation she has received is credited to Uttaran. She added how it was amazing and she has a great equation with Uttaran director Nandita Mehra and she always had heavy scenes. While she revealed how she had her reservations about doing the show as she thought that the positive character was the heroine, she blossomed into as good as a heroine's role.

Moving on, she spoke about Bigg Boss 13 and added how it gave her a platform where the audiences came to know her for who she is in real life and it also got a few people to understand that she is a rather young person in real life. Talking about coping up with losing love twice, she reveals how she was shook the first time around and that she got involved and took the step of marriage rather quickly. However, she then realized it was better to move out from it because staying in a relationship when two people don't get along hinders both their growths.

Meanwhile, talking about the second time when things went wrong, she added that it took a long time for her to admit to the relationship, but now when she looks back, she feels blessed that it got exposed in the public domain. Talking about that, she added how she feels that good things happen when one is a good person and it was tough because one doesn't have clarity ahead and it is natural when someone's support system comes crashing down. Nonetheless, she feels it is good she never spoke bad about anyone and mentioned that she would have been in a bad state if it wasn't for Salman Khan and some of her friends.

Ask her if she has cleansed herself from all the bitter life memories, she says that it is life and sometimes you write right, and other times you write wrong with no intent for bad things to happen. She says that one cannot erase those portions and hence, might as well live with them.