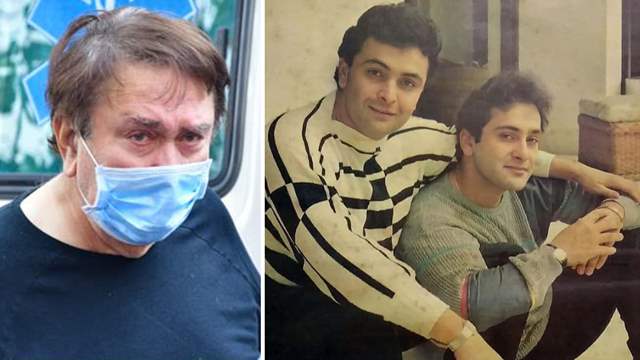 Veteran actor Randhir Kapoor is mourning the loss of his two brothers, Rishi Kapoor and Rajiv Kapoor. While Rishi succumbed to cancer on 30 April, 2020, Rajiv suffered a cardiac arrest and passed away on February 9, 2021.

Randhir is missing his late brothers and remembered them by sharing a throwback picture of them and penned an emotional note. "Will always miss my darling brothers. Hope you both are happy wherever you are”, he wrote.

Randhir and Rajiv Kapoor were living together in the RK residence in Chembur.

On February 9, Randhir Kapoor had rushed his brother Rajiv Kapoor to the Inlaks Hospital, near their residence in Chembur. However, the doctors had reportedly declared him dead on arrival. With a heavy heart and teary eyes, Randhir had taken his departed brother back home for the final rites.

Deeply saddened by the loss of his family members, Randhir Kapoor had told a news portal, “I have lost four people from my family--my mother Krishna Kapoor (October 2018), eldest sister Ritu (January 14, 2020), Rishi and now Rajiv. These four were my central core, with whom I did most of my talking.”