Zee, after the launch of DJ’s Chhoti Bahu at the 7.30 pm slot is now on course for the launch of their next show, Shree, produced by Hats Off Production. 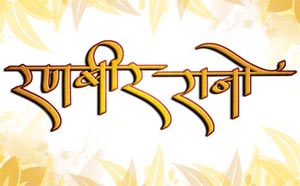 Featured Video
However, the time slot of Shreya Creations’ Ranbir Rano will see a change. “The show is moved to the 11PM slot from 22nd December, as Shree will be aired at 10.30”, informs our source.

J.D. Majethia confirmed the news saying, “Shree will premier on 22nd December and will take the 10.30 pm slot”.

When asked about the sudden change in time slot for Ranbir Rano, Ajay Bhalwankar, Programming Head, Zee opined, “Shree was already designed for the 10.30 pm slot. But due to the delay in the proceedings of Shree, Ranbir Rano was given the slot”.

Ask him whether this was a strategic move to counter Aap Ki Kachehri on Star Plus which is at the 10.30 pm slot, and Ajay says, “We did not have such strategy in mind, as both are different kind of shows and have their own viewership”.

Shree as reported by Telly Buzz earlier, will be a love story with a supernatural element in it, and will see Wasna Ahmed and Pankaj Tiwari as leads. The other star cast includes Amit Thakur, Roopa Divethia, Jiten Lalwani, Trishna, Ujwal, Phalguni, Pratima. T. and above all, Anang Desai in a special appearance.

Hope this shift in timing turns out to be a good move for Zee!!

13 years ago hey i am not happy with the time change!

RANBIR RANO is soooo much better than whatever is gna replace it in its time!!!

looking foward for the show