View Profile
Moving on from Shahrukh Khan, the newest poster boy of Bollywood is here. The most recent issue of youth oriented magazine "Yuva" has Ranbir Kapoor dazzling his fans by gracing the magazine as the cover boy. More so, he  looks every inch of the hot hunk he is referred to as. This handsome boy has proven one and all with his powerful acting capabilities either in Saawariya or Wake Up Sid, his newest blockbuster that showcased a powerful performance from the lad. 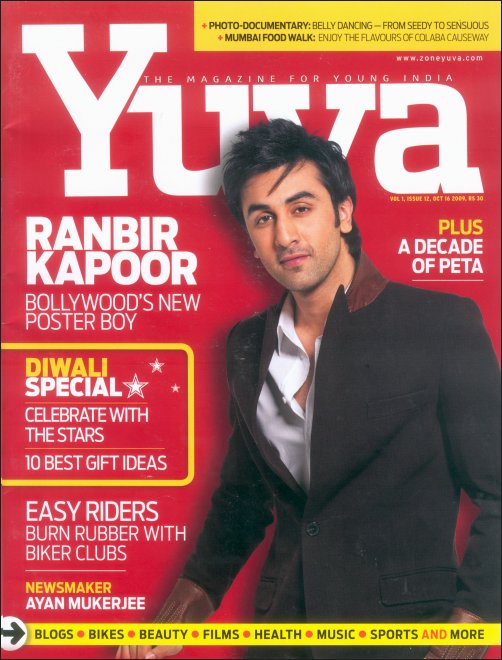 Featured Video
Ranbir has left many behind to become the newest youth icon and it only makes sense that he makes himself more open to his fans so they can accept him more fully. In  Bollywood today it has become increasingly important for celebrities to keep in touch with their fans through media or else the fans have a very short memory for those who are not in constant limelight. Ranbir however seems to be doing very good in this sense since he is looking extremely attractive on the cover and gives a heartfelt interview sharing his personal feelings. In the interview he shares his feelings on his relationship with his girlfriend Deepika Padukone. Also, he shot down the rumours about him and Imran coming with together to open a joint production venture although he did not rule the possibility of these two coming together on the silver screen.
Looks like Ranbir is gearing up to become the next superstar of Bollywood looking at the way he conducts himself in press. This issue is a must read for all the fans of Ranbir who wish to know more about this cool dude.