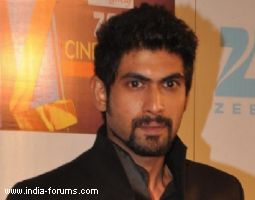 Actor Rana Daggubati, who has completed a schedule of S.S. Rajamouli's "Baahubali", will take a break for "a couple of months".

"And end of the schedule for 'Baahubali'. Off for a couple of months before I join the project again. Starting another film mid-June, details shortly," he tweeted.

"Baahubali" is a Telugu period drama.