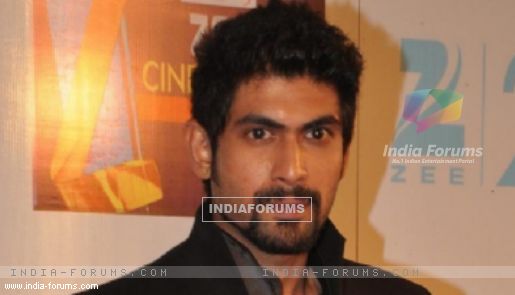 Rana, who was invited as a guest for the audio launch Monday, is off to Abu Dhabi to shoot for Neeraj Pandey's Akshay Kumar-starrer "BABY".

"Won't be able to make it to the 'I' audio launch this evening because of shoot. Will be missing a huge event. Missing a chance to see the legands on stage @Schwarzenegger and @superstarrajini," Rana posted on Twitter Monday.

Schwarzenegger landed in Chennai Monday morning to attend the event, which will also be graced by cinema legend Rajinikanth.

Aascar Ravichandran-produced "I", which was earlier titled "Ai", features Vikram and Amy Jackson in the lead roles. It is reportedly made on a budget of Rs.180 crore, and has been on floors for nearly two years.

The film's post-production work, featuring a lot of visual effects, is currently underway.

Rana has sent his best wishes to the movie's team.