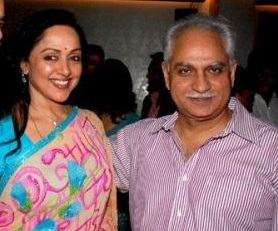 Actress opposite Rajkummar Rao is yet to be finalised. The film goes on the floor in August and is a sweet, romantic story with its quirky twists.

Ramesh Sippy's cult classic Sholay was released 39 years back in 1975, when he created the character of Basanti with his favourite actress Hema Malini. Ramesh Sippy is going to work with Hema malini after Sholay in Shimla Mirchi and like his other films, the first letter of his next film is also with the letter "S".

Ramesh Sippy always chose to make diverse films right through his career in spite of he being a blockbuster director, to begin with mature love story Andaz, to comedy Seeta aur Geeta, to an action adventure Sholay, to slick action Shaan to family drama with Shakti to romantic love story Saagar.

Rajkummar Rao opted out of film to be made on Chetan Bhagat's Revolution 2020 for Ramesh Sippy's upcoming Shimla Mirchi.