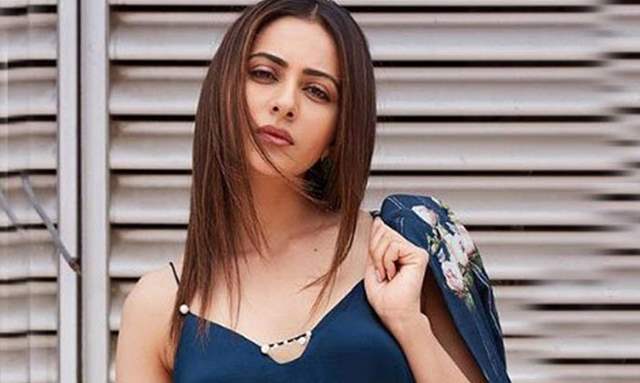 The Narcotics Control Bureau is leaving no stone unturned in investigating the Bollywood drug nexus that emerged in actor Sushant Singh Rajput's death case. With each passing day, new names of top Bollywood actors are coming under the radar of the NCB.

Actor Rakulpreet Singh was summoned by the NCB and appeared in front of the agency today for questioning in connection to the drug case. Reportedly, the actress has made some big revelations during her probe and named Dharma Productions’ employee Kshitij Ravi Prasad.

According to Times Now, Rakul has named Kshitij, the executive producer at Karan Johar’s Dharma Productions. In an explosive claim, the actress is reported to have said that Kshitij used to procure drugs regularly. Rakul also alleged that the Dharma employee used to supply drugs to 4 high profile stars along with several other celebs in the industry.

In another big claim, Rakul stated that Kshitij approached her to be his ‘conduit. Going by it’s definition on Wikipedia, a ‘conduit means a specific object, person, location, or process (such as engaging in a séance or entering a trance, or using psychedelic medicines) which allows a person to connect or communicate with a spiritual realm, metaphysical energy, or spiritual entity, or vice versa.

Rakulpreet’s claims have brought in a new twist in the drug case probed by the NCB. Meanwhile, Kshitij Prasad has also been summoned by the central anti-drug agency who has reportedly revealed big names during the questioning. Another Dharma employee named Anubhav Chopra is also being questioned about Karan Johar's 2019 viral party video.

Besides Rakulpreet Singh, the Narcotics Control Bureau has issued summons to top Bollywood actresses including Deepika Padukone, Sara Ali Khan and  Shraddha Kapoor, who will also be called on Saturday, September 26, 2020, for questioning in the drugs-case.

Rhea Chakraborty along with brother Showik Chakraborty, Samuel Miranda, and Sushant's house help Dipesh Sawant among others have also been arrested by the NCB under various sections of the NDPS (Narcotic Drugs and Psychotropic Substances) Act including possession, purchase and transporting, financing illicit traffic and more.

Peonies 29 days ago A conduit means a person or organization that acts as a channel for the transmission of something. Stop giving out incorrect definitions