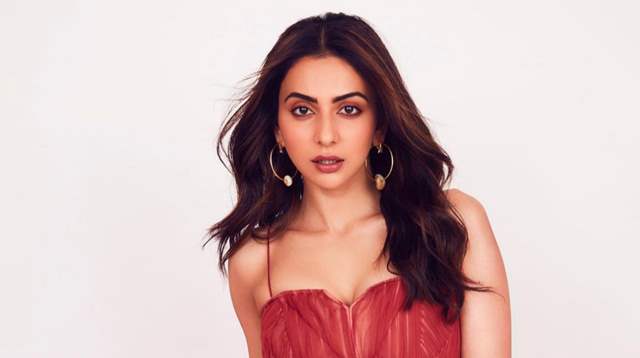 Rakul Preet Singh has had a long and successful career in the South, as well as a number of Hindi films under her belt. Rakul was most recently seen in the thriller 'Runway 34,' in which she co-starred with Ajay Devgn and received critical acclaim.

The actress recently appeared on Shilpa Shetty's chat programme "Shape of You," where she discussed how she had to work hard to lose weight in order to get into Bollywood.

The actress told Shilpa about being considered "too slim" in the South and being pushed to lose weight in Bollywood "Samantha (Ruth Prabhu) and Kajal (Aggarwal) were already famous and in shape when I made my debut. Because material was consumed everywhere, I believe individuals grew more sensitive of how they appeared on TV. However, when I made my debut, I was informed I was too skinny. People would nickname me "stick," and I would respond with a firm "no." But after two or three years, I, too, quit up."

She further added that, "When I first arrived in Mumbai at the age of 20, I was informed that I would have to lose weight since that was the Bombay norm. Since I was a child, though, I have lacked access and knowledge. I dropped 10 kg in 50 days, despite the fact that I was 10 kg overweight."

Rakul added recalling how she transformed herself for her role in Luv Ranjan's 'De De Pyaar De' also starring Ajay Devgn and Tabu.

While Rakul has an interesting line ups of film ahead. She will be seen in the comedy film 'Chhatriwali,' in which she will portray the quality control head of a condom factory. She also has Ayushmann Khurrana in 'Doctor G,' Sidharth Malhotra in 'Thank God,' and Akshay Kumar in 'Mission Cinderella.' 'Ayalaan,' 'Indian 2,' and '31 October Ladies Night' are among her Tamil films.

+ 5
4 months ago That quite a journey, every actor or actress have to work on him / her body for every roll.