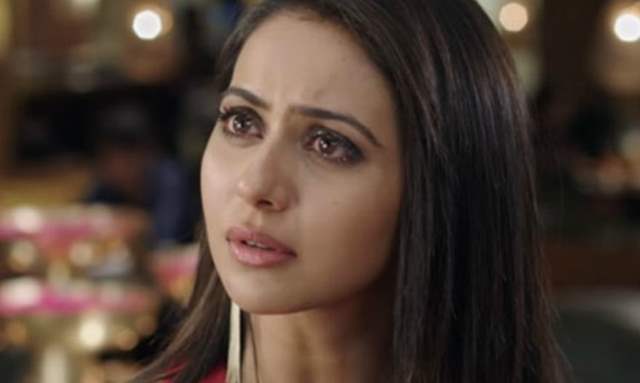 Kapil Sharma show is all about banter and as we've experienced earlier in the previous episodes; Bollywood actors never shy away from narrating the hilarious instances they shared to the embarrassing moments from their past. The show has some of the most exquisite sessions, one of which includes confirming if the rumours about certain celebrities are true or false.

Similarly, one of the episodes of Kapil Sharma show saw Rakul Preet Singh gracing the stage and during one such session, she made a confession, which is too funny to believe. The session turned quite interesting with the Yaariyan actress’s confession as she confirmed a bizarre rumour to be true, she also claimed that it was the reason she is being single.

Rakul's previous film De De Pyaar De saw her character falling in love with a 50-year-old man, played by Ajay Devgn. And while Kapil couldn't contain his excitement, he told the actress about a rumour that Rakul has been getting proposals mostly from men belonging to the 50+ age group after the release of De De Pyaar De.

The actress couldn't deny the rumour and she answered in affirmative, saying, "That is the reason I am single".

According to the reports by International Business Times, the question and answer were made only for entertainment purpose, and there was no truth in it as all of them burst into laughter at that moment.

Further on, Rakul was also quizzed about her obsession with maths and his suspicions hit the bullseye. Kapil asked Rakul, “You had studied Mathematics in your college career which is why you sign films having a triangle love story. Is it true?”

To which she had a rather funny reply. She said, "I use Maths in life only to count the calories."

She further added, “I have been slapped once in my life and that is for Maths. I was weak in simple interest and compound interest and my dad slapped me only once. This happened when I was in Class 7th.”

Rakul Preet Singh, however, clarified that the slap was with simple interest, not a compound one.

Currently, Rakul is on a promotional spree for her upcoming film, Marjavaan which also stars Tara Sutaria, Sidharth Malhotra and Riteish Deshmukh.