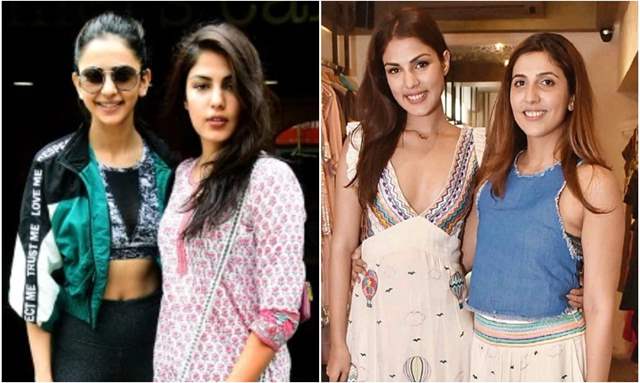 In a major breakthrough in the drug case emerged in the Sushant Singh Rajput's death probe, actress Rakul Preet Singh and designer Simone Khambatta are to be summoned by the Narcotics Control Bureau today, on September 21, 2020.

As reported by Times Now, the NCB is preparing the summons and will send summons to Rakul and Simone by today evening. This comes after Rhea Chakraborty alleged that Sara Ali Khan, Rakulpreet Singh, and Simone Khambatta used to do drugs with her and her late boyfriend, Sushant.

Times Now has also reported that Sara Ali Khan and Shraddha Kapoor are expected to be summoned by the NCB soon. Reportedly, the actors can receive the summons by tomorrow.

During the interrogation with the NCB, Rhea Chakraborty has dropped some big A-lister names of the Bollywood industry in the links with her drug arrest and Sushant Singh Rajput's case. Rhea and her brother Showik have named several actors, directors and producers who are allegedly related to a drugs cartel. Close to 25 big Bollywood names have surfaced and as reported by Times Now, Rhea has named Sara Ali Khan, Rakulpreet Singh, Simone Khambatta in the drug case so far.

Rhea, along with brother Showik Chakraborty, Samuel Miranda, and Sushant's house help Dipesh Sawant have already been arrested by the Narcotics Control Bureau under various sections of the NDPS (Narcotic Drugs and Psychotropic Substances) Act including possession, purchase and transporting, financing illicit traffic and more.

Previously, Rhea had asserted that she only procured drugs for Sushant but never did any. However, in the third round of interrogation, she made a U-turn and confessed to consuming drugs.

Sushant Singh Rajput passed away on June 14 2020, and his untimely demise is being probed by the Central Bureau of Investigation and the All India Institute of Medical Sciences (AIIMs). Besides, the Narcotics Control Bureau came into the picture after a drugs angle emerged during the investigation.