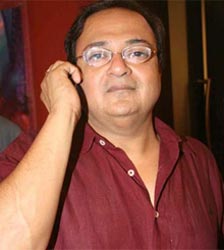 Rakesh Bedi, the veteran actor will be seen in a cameo role in SAB TV's F.I.R.

The actor who was busy for nine long years with Yes Boss took a break for few months, and is now back to television with a different character in FIR.

When contacted, Rakesh Bedi confirmed the news and said, "I will be playing different characters in different episodes. I will not be seen in all episodes, but yes, as per my dates I will frequently be shooting with them. I have already shot for 5-6 characters for F.I.R".

Elaborating on one such interesting character that he plays in F.I.R, Rakesh told us, "I play a father in one of the episodes, who pretends to be married to Chandramukhi (Kavita Kaushik) only to teach his son a lesson".

Bigg Boss 14: Kamya feels Rubina should have waited to talk to Abhinav ...

10 years ago really cool..we will now get to see more comedy as he's seriously a great comic actor and with the team of FIR, I think the show's gonna ROCK..

10 years ago good news. I would love to see him in anything on TV. He is terrific. He also has great comic timing.

+ 2
10 years ago Welcome always to a veteran actor like him. Look forward to seeing him in FIR

poor guy though! he needs to get the pest control there quick otherwise he's going to get bitten to death!

12 years ago Yeah! I just read this on his blog!