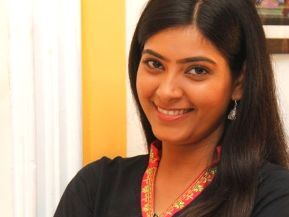 Actress Rajshri Rani Pandey, who was mostly offered supporting roles in the past, is now seen as the lead character in the new TV show Suhani Si Ek Ladki and says she feels more confident.

Prior to the Star Plus show, she was seen in two episodes of "Savdhaan India - India Fights Back", but she was positive that some day she would get a role of her choice.

"From beginning I thought I would like to do main role. I got offers like sister's role or side roles. I refused them. Some of them included shows of Colors channel and also Doordarshan, in which I was offered to play the hero's sister," the 25-year-old said.

The newcomer, who hails from Uttar Pradesh's Fatehpur, has been promoted as simple and average looking girl for the new show. But she says looks never caused any obstacle in the way of her dream.

"Maybe I fit into a sister's role. But it doesn't depend on looks only. Audition is based on talent also," said the actress, who has a Bachelor of Tourism degree.

Talking about her role in Suhani Si Ek Ladki , Rajshri said: "When I got this role, I was really happy. I felt that I am on the right path. People used to say that you won't necessarily get the lead, and take up whatever you are getting."

"But I knew I would get a good lead role and yes, I became more confident after getting what I wanted."

She has no training in acting, but says giving auditions was a learning experience for her.

Rajshri, a movie buff, plays a "sweet and happy girl who loves family and believes in friendship" in Suhani Si Ek Ladki, but wants to try something different.

"I like Tigmanshu Dhulia and Anurag Kashyap's films. For instance, 'Paan Singh Tomar'. I like watching such movies and would like to do such movies. I watch masala films too, but I like movies which are a little different," she said.

Rajshri is also open to dance reality shows as she enjoys dancing, but as of now she wants to focus on her new show.

Rajshri Rani on Bigg Boss 14: The content needs to be of a certain ...

yusu1993 6 years ago rajshri rani pandey is acting nicely she is really good as suhani . i love her character

rishani77 6 years ago Rajshri Rani Pandey is doing gud as Suhani, the show is really nice!

DazzilerDizzy 6 years ago Rajshri Rani Pandey is a good actress! :)

sneha2009 9 years ago though we cannot compare anyone with surya in acting but ajay will do a great work. I hope rohit shetty does justice to the movie as the original is a treat to watch. Kajal is gud but asin would have been gud. She should have done this movie instead of ready. For those who dont know kajal, my profile pic is kajal. Best of luck to the team of singham

springs 9 years ago I'm surprised to see this movie remade in Hindi - its an out and out southie style where Surya did a great job as usual. Anyway hope it works out for Ajay & Kajal.

bhavika0611 9 years ago I have seen trailer, My god, Ajay has going to recreate " gangajal's " magic. Only problem is that i found more violence

RadiantTreasure 9 years ago Hoping this movie goes well for kajal..n she gets a place in bollywood.
The promo looks interesting,ajay seems to have complete mass look (like surya in original) n Kajal's having a sweet n simple look in salwars..
To add there's Prakashraj doing the same role he did in original..

Overall looks great..Though not sure how the audiences will react ..Good luck to team!

k_anjali12 9 years ago All The Very Best Kajal For Ur Very First BW Film ... All The Best For The Entire Cast