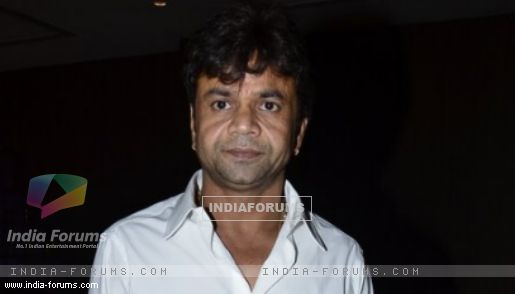 Actor Rajpal Yadav, who is making his debut in Hollywood with "Bhopal - A Prayer For Rain", is extremely satisfied because working in the film is like a dream come true for him.

"I am extremely satisfied with my Hollywood debut and it's a dream come true for me," said the actor.

"I have been part of the industry for so long and I have played comedy roles, supporting roles, and lead roles, but when you get such a project, you feel satisfied as an actor," added Rajpal, who featured in films like "Main Madhuri Dixit Banna Chahti Hoon!" and "Main Meri Patni Aur Woh!".

"Bhopal - A Prayer For Rain" is based on true events of 1984 when a toxic gas leak from the Union Carbide Corporation's pesticide plant in the Madhya Pradesh capital killed and maimed thousands of people.

"I am playing the lead in it. I am playing actress Tannishtha's husband. It will release in India on Dec 5 and Nov 7 in the US," he said.