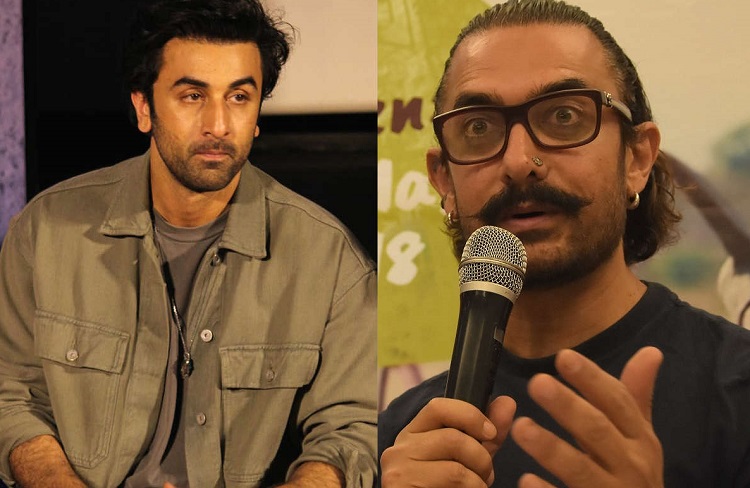 The team of 'Sanju', including the star-cast and the director and producer, unveiled the most awaited trailer of the year amidst fans and media on Wednesday in Mumbai.

During the interaction session with the media, we asked Rajkumar Hirani, 'Why Aamir Khan declined the offer to play the role of Ranbir Kapoor's dad in the film?'

To this, Hirani narrated another story altogether. He revealed the actual reason behind superstar Aamir Khan not playing the character of Sunil Dutt in the film.

Aamir Khan recently revealed that he was offered the role of Sunil Dutt in the biopic, but he was more keen to play the lead role, which was already with Ranbir Kapoor.

Hirani was asked what his reaction was when Aamir Khan said no, the filmmaker said: "Aamir is a friend. Whenever I write a script, I just go to him and narrate it to get a reaction from him. So I narrated this script also.

"Not with the intention of asking him to play any role. He reacted interestingly to the script and liked it. Then just out of greed, I asked Aamir if he would play Dutt saab's role? He took it seriously and gave it a thought. He said let's meet after a while.

"So I met him the next week again, then he showed me Dangal and said" 'look I'm already playing an older man's role. And if after Dangal, my next film has me play an older man again, then people will stop giving me a young man's role!' That was a valid argument. Finally, we had Pareshji (Rawal) playing Dutt saab."

'Sanju' is a biographical film based on the life of actor Sanjay Dutt, directed and written by Rajkumar Hirani and produced by Vidhu Vinod Chopra. The film is set to be released on June 29.

Anushka and Vicky praise Mumbai Mayor Kishori Pednekar as she dons the ...

3 Idiots Becomes the Most Watched Movie Worldwide amid Lockdown even ...

Promo Review: 'The Gone Game' Might Just Be a Gamechanger in ...
50 minutes ago