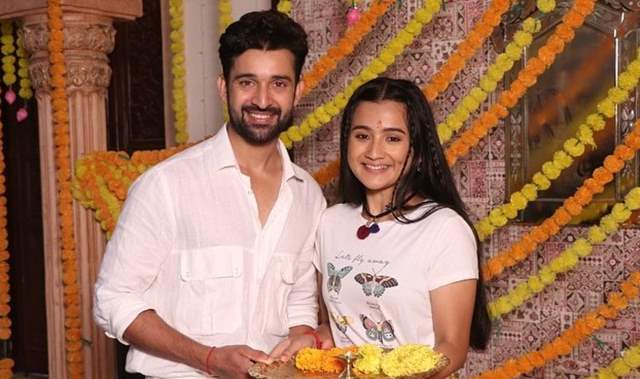 Star Plus show ‘Rajjo’ has kept the audiences on the edge of their seats. The current track of the show revolves around Rajjo coming in front of the Thakur family. Madhumalti is furious on Arjun for hiding Rajjo in their house for so long. She announced that Rajjo can’t stay at their house and get her transferred to a hostel.

In the hostel, Rajjo gets trapped into an organ trafficking racket while Arjun decides to save her. He would later bring her back to the Thakur mansion, leaving everyone shocked and furious. Now, India Forums has learned about an interesting twist in the show which will surely take the story of the show to the next level.

In the forthcoming episodes, Manorama realizes she was at Pushkar’s house all along & he threatens her to stay quiet. Mother-daughter will have their emotional reunion. Rajjo questions her mother and demands to stay in Lucknow and make a life of their own. Manorama panics and gets her marriage fixed.

Rajjo and Arjun's respective marriages are being fixed for the same day. Arjun gets suspicious about Rajjo’s would-be husband. Urvashi's insecurities grow. Rajjo refuses to pay heed to Arjun as she wants to go ahead with the wedding for her mother. Vikas, her fiance tries to traffic her the night before the wedding and Arjun comes to her rescue, but when caught, Vikas defames Arjun and Rajjo and accuses her of loose conduct and they land up in a situation where Arjun is about to marry Rajjo in order to save her from the circumstance.

Are you excited for the upcoming track in the show? Hit the comments section below.

+ 9
1 months ago There's is nothing exciting about Majboori wali shaadi.

+ 2
2 months ago Not surprising at all. Would like Arjun to atleast get a chance to talk to Rajjo, convince her to marry him and promise that though things will be very hard now, it will all work out eventually and just trust him but highly doubt SP will do this. They are masters at screwing up positive things in Bengali remakes. Sigh .

+ 3
2 months ago Oh hell no, not a force marriage. I like the pace of the show and the actors and writing is strong. Please keep telling the story, and no marriage now

+ 4
2 months ago no matter how much i love this show... but "another forced marriage plot point" is not right... just mot right.It is wayyyyyyyyyyyyy too old and used infinite times already in ITV...how come these productions house have so less creativity in thinking of something new as plot point... back to same shadi and kitchen politics...i hate this.... same old formula in another new show... its Heartbreaking....

+ 3
2 months ago No please let them fall in love, elope and marry. At least let them realize their love for eachother. Stop this forced marriage drama