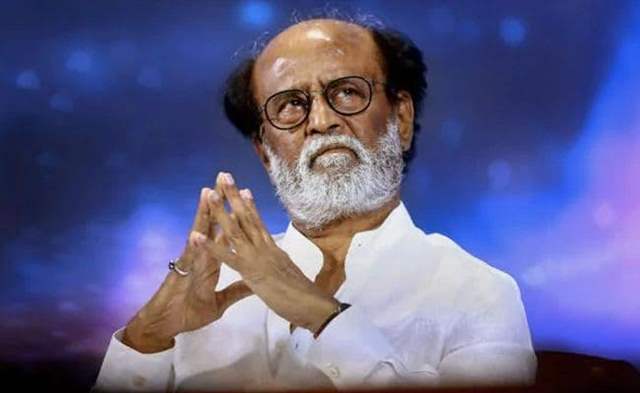 Superstar Rajinikanth was all set to venture into politics and the excitement among his fans was crossing boundaries, who waited for more than 25 years for the big day. However, the actor has now made a big announcement and confirmed that he will not be joining politics.

In a shocking move, Rajinikanth shared a three page statement wherein he wrote: "With extreme sadness I say that I can't enter politics. I alone know the pain I went through while announcing this decision. I will do whatever I can for the public. But I apologise, I cannot start a party. I have always spoken the truth, and I am speaking the truth now as well.”

The Tamil superstar cited the pandemic and his health conditions as the reason behind his dramatic decision. "I know that I might upset a lot of my fans, party members and well-wishers with this decision but I don't want to ruin the lives of thousands and lakhs by picking up something I cannot fulfil. Despite the vaccine promise, it is still not the right time to be out in public and put many lives in danger. My immunity is also low," the 70 year old said.

To recall, Rajinikanth was recently admitted in the Apollo Hospital in Hyderabad for high blood pressure. He underwent treatment for three days before he was discharged on Sunday.

In his statement, he says that he views this recent health scare as a warning from God.

"I see this as a warning given to me by the Lord. If I campaigned only through the media and social media after I started the party, I would not be able to create the political upheaval among people and win big in the elections. No one with political experience will deny this reality," Rajinikanth said.

He apologised to his followers as he continued, "This decision of mine will disappoint my fans and people but please forgive me. I will serve the people without entering electoral politics.”

Rajinikanth was set to announce a date for the launch of his political party on December 31 2020 and contest the Tamil Nadu election. "It is now or never," he had said.

Meanwhile, he was shooting of Annaatthe in Hyderabad when four people tested positive for COVID-19.Rajinikanth tested negative but the shooting was suspended.