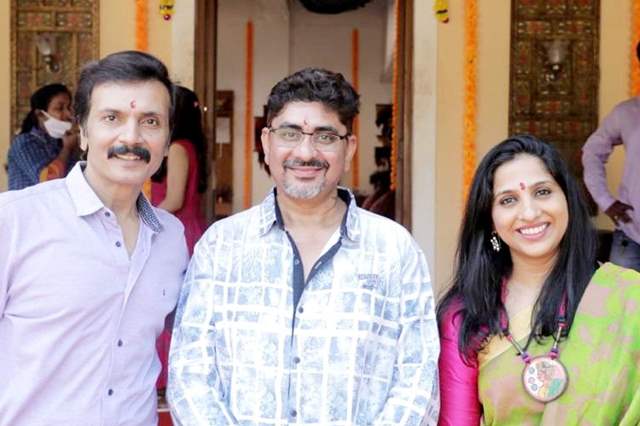 Producer Rajan Shahi is certainly no name that deserves much of an introduction where his resume speaks for itself and even then, he has two special achievements - having the longest running TV drama with over 3000 episodes still running strong and having a TRP topper with staggering numbers almost every week - Yeh Rishta Kya Kehlata Hai and Anupamaa respectively.

And if one thought that Hindi TV is the only stream where Shahi's Director Kut Productions is exceling, they are indeed mistaken.

Shahi launched his first Marathi show, Aai Kuthe Kaay Karte almost a year ago and now, not only is it running stronger than ever but is fetching huge numbers too. Shahi posted about how the show has set a new benchmark grabbing 5.9 points in terms of TRPs nd is the number one show across all Marathi channels. He posted, ""CONGRATS AK3 TEAM" DKP'S FIRST REGIONAL VENTURE  "AAI KUTHE KAY KARTE"  ON STAR PRAVAH HAS BEEN NO 1 ACROSS ALL MARATHI CHANNELS SINCE LONG  AND TODAY'S" TRP OF 5.9 " HAS CREATED A NEW BENCHMARK GRATITUDE AND THANKS TO THE ENTIRE HARDWORKING TALENTED TEAM OF AK3 FOR THEIR HUMILITY TOGEATHERNESS AND TEAM SPIRIT GRATITUDE TO STAR PRAVAH TEAM FOR THEIR SUPPORT AND FAITH THU THU THU"-

Well, it does seem that the producer man can do no wrong.