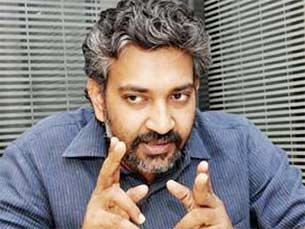 Filmmaker S.S. Rajamouli, who has been working on a war sequence for the last few months for an upcoming Telugu period-drama, has successfully finished shooting for it. He says it wouldn't have been possible without the support of his team.

"We have completed shooting a major portion of the war sequences. It was a heavy schedule and I have to thank all those who helped me complete it - from the boys in the gym to those who were toiling in the sun from morning to evening," Rajamouli told IANS.

"Everybody worked with so much enthusiasm and I don't think I could have pulled it off without them," he added.

Team "Baahubali" completed the schedule in Visakhapatnam and is expected to start working on the next schedule soon.

Starring Prabhas Varma, Anushka Shetty and Rana Daggubati in the lead, "Baahubali" is slated for release in 2015.