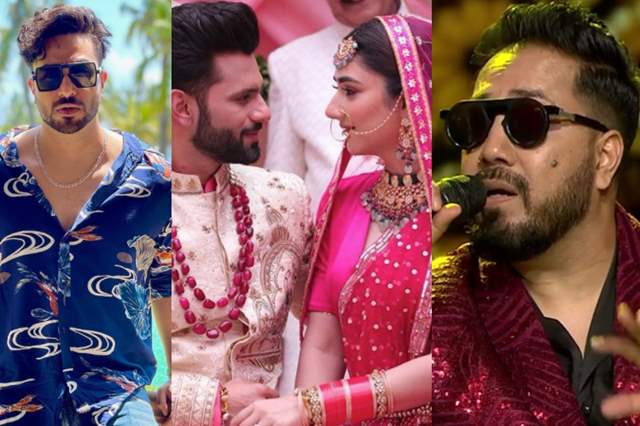 Ever since singer Rahul Vaidya entered Bigg Boss 14, he was an instant phenomenon. Already having had a really successful singing career earlier, Vaidya's popularity multipled with his stint in the show.

But one of the prime reasons for that was also his confession of love and then proposing for marriage to actor Disha Parmar. Making a grand on TV proposal, Vaidya solidified his relationship with Parmar and ever since then, their wedding has been the most awaited one indeed.

And now, we are just over a week away from D-Day where Vaidya and Parmar are all set to tie the knot. And while the preparation is indeed going on, recently, Vaidya opened up on a special detail about the same.

Talking to SpotboyE, Vaidya said how Mika Singh and Aly Goni are going to be performing at his wedding with Parmar. When asked if he has any other surprises planned for her, he said he hasn't. He mentioned how he didn't get the time to do it and both Vaidya and Parmar are not of the surprise sorts.