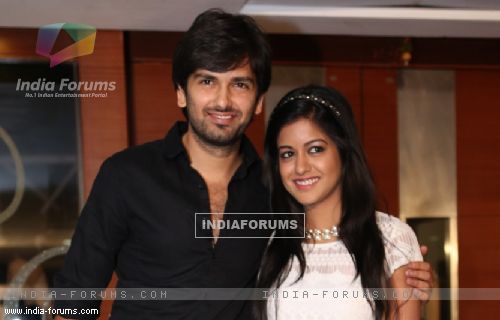 As Star Plus is gearing up with an all new season of the popular celebrity couple dance reality show Nach Baliye 7, names of the expected celebrity couples have started doing rounds in the media.

Our source informed us, "Rahul Sharma and Ishita Dutta have been approached for the upcoming season of Nach Baliye."

While Rahul Sharma is currently seen in Sony Pal's Ek Rishta Aisa Bhi, actress Ishita Dutta is on a sabbatical. Rahul and Ishita have worked together in Star Plus' popular show Ek Ghar Banaunga. The speculatin has been rife that they are seeing each other while they have always called themselves as good friends to each other.

When contacted Rahul, he said, "Even I getting to hear about this from everywhere but I have not been approached for the show."

+ 4
6 years ago Waiting to see them. Surely they look good together. All the best.

9 years ago Honestly, I have never been a fan of Farah Khan, Sajid Khan, and Shirish Kunder. They all make crappy bollywood movies (especially Sajid Khan). Sajid khan and shirish kunder shouldn't even be in the industry after making movies like Heyy Baby, Jaan-E-Mann, Tees mar khan, housefull.
Farah khan may be a lousy filmmaker, but she is at least a good choreographer. Sajid and Shirish have ZERO talent.
And yeah, when it comes to mocking people at award functions, Sajid Khan and Farah Khan are number 1.

nasim75 9 years ago Great that the patch happpened. But one thing for sure if any body is NASTY with SRK he will kick the hell out of that person but the Bodybuilder Salman khan doesnot have such GUTS,he can only talk tough but no Show when called to fight. He can drive drunk and kill poor people sleeping on street and get away with his contact, and bribing the authorities, because of his contact.BUT SRK IS TRUE PATHAN. AMJ

+ 4
9 years ago wow..finally amidst all this cra..something good cme out of it..Finally they patched up ;)

+ 5
9 years ago Good thing Shirish and SRK stopped acting like little kids, and settled the dispute. For all we know..it could've just been a publicity stunt to get Kunder in the headlines for his upcoming flick, Joker. -.-