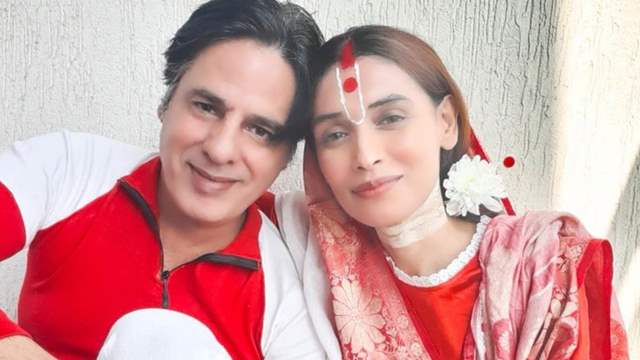 Actor Rahul Roy took to his Instagram handle to confirm that he has tested positive for Coronavirus, along with his family. He added that his sister Priyanka Roy and brother-in-law Romeer Sen have also contracted the virus.

The Aashiqui actor shared his Covid story as he is shocked with the test results and is clueless how he tested positive without leaving the house for days.

Taking to Instagram, he wrote: "Quarantine Day 19. My Covid story. My Resident Floor was sealed on 27th March as a neighbour had got tested positive so as a precautionary measure we all were sealed within Flats for 14days."

"I and my family had to fly to Delhi on 11th April so we did RTPCR test from Metropolis Lab on 7th April only to receive the test reports on 10th April stating my whole family @romeersen and @priyankaroy_pia are Covid positive," he continued.

He mentioned how they had no symptoms and on doing the rapid antigen tests, they tested negative. He wrote: "We had no symptoms at all, and we came to know that the same day BMC officials were doing testing for the whole society so we again did the Antigen test and we all were negative, and moments later again gave samples for RTPCR which went to Suburban Lab but the test report has still not been given to me.”

"BMC officials came made me and my family sign isolation forms, sanitised my home, the doctor called asking random questions of what my family business is into? Where is our office? Travel itineraries... haha don’t know what the connection was? Suggested me to get hospitalised to which I replied We have no symptoms so he said ok and suggested to make a chart of oxygen level and take medicines which I am doing since the time i came back post brain stroke from hospital," he added.

Rahul claims that he and his family have been inside their house and not met anybody from outside so he is wondering how did they contract the virus. "I know covid is there but how did I and my family contract this virus without leaving the house, without meeting people or even without going for walks is a question I will never be answered to? My sister @priyankaroy_pia is a yogini and a breathing expert who practices ancient breathing techniques and did not leave the house since 3 months, and without any symptoms has been shown positive in the reports."

Last year, Rahul Roy suffered a brain stroke while shooting for his upcoming project titled LAC in Kargil. He was admitted to the intensive care unit of the Nanavati Hospital, and was later shifted to Wockhardt Hospitals, where he underwent angiography of the brain and heart.