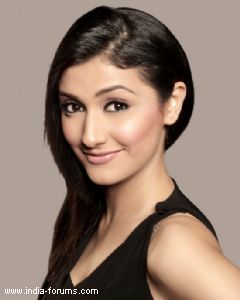 "We have roped in Ragini Khanna for this film. She will be seen opposite Nawazuddin in this film. It's a very fun film. We have almost shot the major portion of the film and the last few portions will be shot in Mumbai," Mishra said.

Ragini has worked in Hindi and Punjabi films like 'Teen Thay Bhai' and 'Bhaji In Problem'.

Describing his directorial debut film 'Ghoomkethu', Mishra says, "It's a journey of a writer played by Nawazuddin, who comes to Mumbai with lots of dreams. It's a kind of a comedy which has not been seen before."

Making sure his first film is high on entertainment quotient, Mishra plans to include an item song in 'Ghoomkethu'.

"Yes we are planning to have an item number. We are considering that. But we can talk about it only once we finish our film so at the moment it's too early," he said.

The movie also features filmmaker Anurag Kashyap, who will be seen in a full-fledged comedy role of a police officer.

JayRagzz 6 years ago Dear Ragini Khanna, I wish you all the best... :) You'll Definitely Rock In This Comedy Film... :)

soaplovers 6 years ago Good luck Ragini.. Hope you get loads of success

_Procrastinator 6 years ago Ragini Khanna with none other than THE Nawazuddin...LIKE WOW!!!