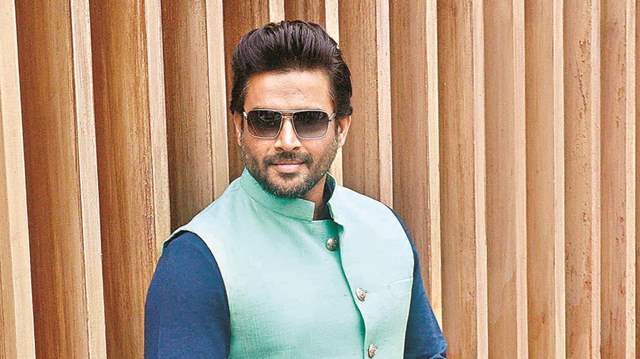 The Maharashtra government has announced the opening of all cinema halls and multiplexes in the state.

With this, the announcement of the release dates of all the films waiting to be seen on screen has started. Many actors and producer-directors have announced their upcoming films.

Bollywood Superstar R Madhavan's upcoming most awaited film 'Rocketry- The Nambi Effect' is in the news.

Now he has announced the release date of his film. He has shared a poster of the film on his official Instagram.

A special caption has also been written expressing happiness by sharing this poster on Instagram. He wrote,

'We are very happy to inform that the film 'Rocketry The Nambi Effect' will be released in cinemas on 1st April next year. And I am grateful for the love you have given to us so far. Team Rocketry.'

The film Rocketry is based on a former ISRO scientist and aerospace engineer. The film will reveal the truth about his involvement in an espionage scam.

R Madhavan is playing the role of lead Nambi Narayanan in the film.

Also, actor Shahrukh Khan is doing a cameo role in the film.

Let us tell you that this great film has been shot simultaneously in Hindi, Tamil and many languages.

Rocketry- The Nambi Effect has already gained the interest of the audience with its trailer taking the internet by storm.

Touted to be Madhavan’s biggest movie yet, fans are awaiting his return to the big screen after three years, especially given his never-seen-before avatar.

Nambi Narayanan's biopic is being directed by R Madhavan. The actor is making his directorial debut with this film.

Let us tell you that the trailer of the film was released on 1 April 2021, which was very much liked by the fans.

A different style of R Madhavan was shown in this action-packed trailer.

Also the film has been shot in spectacular locations like India, Georgia, Russia and France.