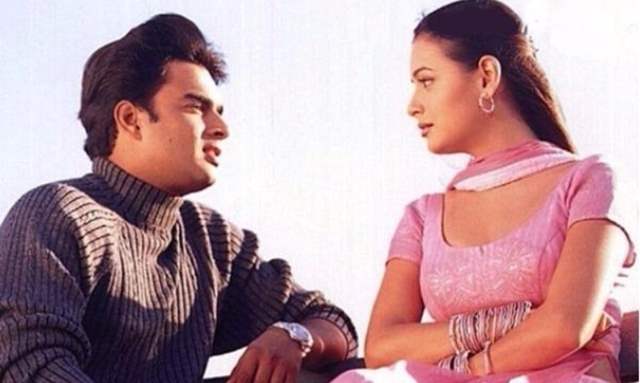 R Madhavan and Dia Mirza’s 2001 romantic drama Rehnaa Hai Terre Dil Mein is a cult favourite. The film did not do well at the box office but won over the audience with the captivating chemistry between Maddy and Reena, played by the lead cast. The film also starred Saif Ali Khan in an important role and remains a crowd favourite even after twenty years.

Rehnaa Hai Terre Dil Mein featured Madhavan’s finest performance and the audience highly enjoyed the camaraderie between the three lead actors in the film. Owing to the popularity of the film, a sequel was in talks for the longest time. And finally, after long years of wait, the makers have finally decided on the second part of the romantic drama.

Reportedly, the film may see a sequel soon and while Madhavan and Dia are said to reprise their roles, the story will progress with their love story after marriage. Mid Day quoted a close source as saying:

The makers toyed with some concepts, on and off, over the years. Only now have they found a script that has appealed to everyone and seems a natural progression to the lives of Maddy and Reena [the characters essayed by Madhavan and Mirza respectively]. The script is in the final stage of development.

It is also reported that Jackky Bhagnani will bankroll the sequel. Meanwhile, none of the actors or makers have confirmed the same.

ChickenSoup 1 months ago If this is true then that would be awesome! RHTDM was a breath of fresh air back when it came out. Maddy is a gem of an actor!