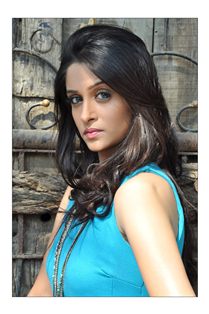 Though the pretty looking and talented actress Dipika Samson has left her profession of being an air hostess, but the actress is still flying high by portraying the character of Simar with perfection. The actress has won audiences heart by essaying the character of Simar in Colors' popular show Sasural Simar Ka. Recently, Dipika decided to leave the show because of some issue but later, happy times came again after the issues were resolved and she stayed back to the show.

TellyBuzz spoke to Dipika to know more about staying back to the show, her life, her off screen life on the sets, bonding with co-stars and much more in this conversation.

Now you are back to show...

Leaving the show was not a happy decision. All the issues which we had internally, have been resolved and what could be a better thing like coming back to my house (smiles)!

You already shot for your last day. So, how did you feel then?
I don't want to get back to that day because it was a painful memory for me. I don't want to get back to whatever happened. The good thing is that I am back and all the issues have been resolved. I have no hard feelings for anyone among the entire Colors family and the production house. We all have taken a collective decision and we have always understood each other very well and that's the reason I am here today.

How did everyone on the set react when they saw you coming back to the show?

Everybody was very happy to see me back especially my technicians as main apne technicians ki laadli hun! They were the most upset when I was leaving so when I was back, they all had a bright close up Colgate smile on their faces. So, that was a very special moment.

How has been your journey playing Simar so far?
If I will go back to the flashback, I was quite scared on the first day of my shot because I was new, the environment was new and I didn't knew anything about all this. Its been 3 years now and I have actually lived as Simar. Today when I shoot for a particular sequence, then I react very naturally in a particular way because I am so involved into the character of Simar that I actually live her. The experience has been beautiful and my on screen daughter and I actually connect like a mother and a daughter even off screen. She and I also share our birthdays. There was a time when I was terribly ill and everybody on the sets right from actors to technicians, even the production house and the channel co-operated with me very much. 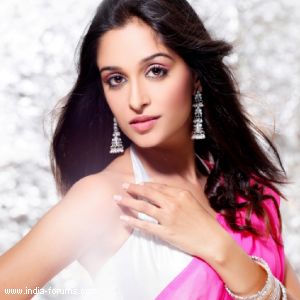 So, its like a big family and we share a strong bond in the period of 3 years which is very difficult to explain in words. I am sure that its not only me who is having this kind of a journey but every actor who plays a particular role, for such a long time, must be having that kind of a journey. We have so many memories like my entry sequence which happened with a dance performance. From that day, we had so many dance performances including the retro one. There was a very emotional sequence where I had a mis-carriage after falling from the stairs. That was a very emotional and a strong patch of the show. There have been such moments which I am very much connected to.

Do you find playing Simar challenging?
Simar is very simple and her simplicity sometimes becomes very challenging because she is a very simple girl next door. She protects her family being in her limits.

Is there anything which you learn't from your character?
There are lot of things to learn. Simar's simplicity, her love towards every character, the way she molds herself in every role like being from a daughter to a wife, a daughter in law, a mother, a sister and the relation of these sisters is so complicated as even though Roli is younger to Simar but she is elder to Simar at the in laws place. Playing Simar is a beautiful journey.

How are you as a person in real life?
I am very similar to Simar. I love to be at home on my day offs and I love to cook. I love to take care of my house and decorate it. I love to go out with my family and friends and spend quality time with them. I don't like parties. I am not at all a party animal. The only thing which differs me and Simar is that I speak a lot whereas she doesn't (laughs).

How did you get into acting?
It was not planned. I left flying due to some medical reasons. My mom wanted me to be a television actor. My mom and my friends wanted me to try my luck and I tried. The industry has treated me really well till now. I am thankful to God and the industry.

Did you struggle a lot?
It was around a period of 8 months that I circulated my pictures and was waiting for the call. I got my first break after 8-9 months.

How is the off-screen life on the sets?
It's as good as a house; we are like a family. We shoot for 12 hours then we go to our home, eat and then go to sleep. For me, a house becomes a lodge and this is the main house where we are staying in. We spend a lot of time here when our mood is good or bad or we are ill.

When Dheeraj Dhoopar replaced Shoaib Ibrahim, then did you find any difficulties while shooting with a new co-star?
It's not difficult because when we start doing a new show then we have the zeal of working with new artists. We were already like a family for each other and Dheeraj was the one who was coming as the new entrant to our family and everything was new for him. There wasn't any problem for him because as an actor he came here and in the show we both were shown as a married couple. It was quite easy getting along with Dheeraj. 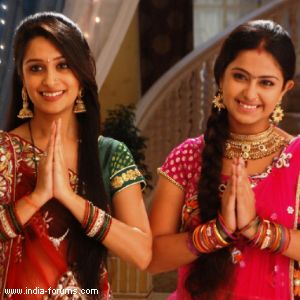 We have seen your bonding with Avika Gor on-screen but how do you bond with each other off-screen?
Nowadays, we just fool around! When the show started, we also had a younger brother and it was shown on-screen that they used to fight a lot and I used to solve things between them. The same used to happen off-screen too and now also she keeps going on talking like a younger sister and I make her understand things to her. I also have the same off screen chemistry with Khushi (Jyotsna Chandola) too. So, both of them are like my siblings. With Avika, its always been like a younger sister.

Are you getting other offers like for movies?
I have never thought of doing films because I always wanted to give my complete time over here. In future after this, if I will get an offer, then I will think over it then but I have not thought about it yet.

manu.krissh 6 years ago dheeraj dhoopar is rocking as prem...love the character of prem the most!!!
dheeraj nd dipika jodi is also gud 2 watch:)

DiptiShoaib 6 years ago SHOAIB IBRAHIM AND DIPIKA SAMSON ROCKS . LOVE U BOTH FOREVER

we love you as Roli. Now and forever.