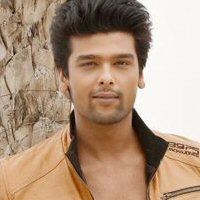 The high on drama reality show Bigg Boss Saath 7 on Colors, is highly entertaining for the viewers. After Kushal's violent outburst towards fellow contestant VJ Andy and his immediate ouster from the Bigg Boss house, there were many who demanded his return. That he will ultimately return to the show was more evident when we saw Gauhar Khan who had left the house with him coming back to the Bigg Boss house.
Many expected Kushal to follow her but it is more than a week now and he is still not in. While his fans are demanding Kushal be sent back to the house, even Gauhar is seen thinking about him and talking about him to fellow housemates.
Our source too confirms us about Kushal's entry in the house saying, "Kushal Tandon might enter the house soon. There is lots of drama to be seen in the Weekend ka Wow episode with Salman Khan which airs tonight."

On the same we got in touch with the handsome actor Kushal himself to know the true story on whether will he be back on the show or not. Here is what he said, "Talks are yet going on with the channel, and I might return to the Bigg Boss house." Kushal however was not ready to confirm as to when he will go back to the house.

About the public reaction to this entire episode he elaborates, "The public really wants me back in the house. I have not done anything wrong so there is absolutely no problem in going back to the house. Let's see how things turn out..."

When we asked him on whether he watches Bigg Boss Saath 7 now, he says "I am not able to catch up with Bigg Boss Saath 7 show on a regular basis as I was busy in Lucknow, but I have seen few episodes of the show. I can still see groupism which was there earlier too, that's all I can say (smiles)."

So, will we get to see Kushal Tondon back in the house soon? To know more keep reading this space.

chhayagupta16 6 years ago its been 2 weeks dn knw whether kushal will re-enter bigg boss or not?

bollywoodwala 6 years ago Kushal says that he is in talks with the channel and is not sure when he will make a comeback in the house. I believe that the dude needs anger management classes and dial down his outbursts a little, before entering the house. But Kushal claims that he is not going to change. Huh!

batuklaal 6 years ago Don't come bro. You deserve better than Big Boss and Gauhar. We want to see you in acting, not with these loser's association.

-bloom- 6 years ago Love u Kushal Tandon!! Waiting for ur entry!!!
Keep rocking!!!

arhifan1 6 years ago kushal!! come back... now thats why tanisha feels unsafe!! :P hell with her!! u rock!! u were there for a woman's respect who DESERVED it!! jaldi aao!! gauhar is very sad nowadays poor gal.. salman targets her always... ;(

PROTIM21 6 years ago Abe ise bandar kehne wale salman kya hai, woh to bandar bulane k v layak nahi hai.. SALMAN is just a piece of shit.. M nt fan of kushal but Gauhar and he is the only real person in the bb house.. Yes Kushal did some wrong work in d house bt he is better then others.. And 100times better than dat shitman khan..

-Shwetha- 6 years ago May be for TRP sake they are bringing back him to show...According to me what he has done is completely wrong...IF he really have respect to the show & have in mind that crores of people are watching he would not have behaved such mannerlessly...

I think there is no need to bring him back who does not have respect to show..