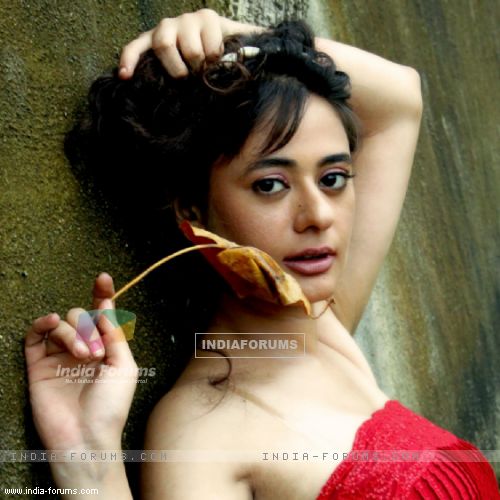 Talented actress Mona Wasu who rose to fame with Star Plus' Miilee is all set to come back on screen after a gap. While the pretty Mona Wasu has gained accolades for her performance in Imagineâ€™s Radhaa Ki Betiyaan Kuch Kar Dikhayengi she was seen in a negative role in Colorsâ€™ Parichay Nayee Zindagi Kay Sapno Ka and was applauded too. After having portrayed diversifying roles in the show , Mona  is yet again playing a bold and fierce character of a Lesbian in Sony TVâ€™s recently launched show Yudh.

We contacted Mona for her new show and she excitedly says, "The show all of a sudden happened to me, I went for an audition on Saturday and started shooting for the show from Monday onwards. I am glad that I got an opportunity to work with Anurag Kashyap and Amitabh Bachchan.â€

Talking about her character in the show she says, "It is quite a wild and subtle character which is wrongly stated as a Lesbian character instead I am playing a role of a woman who is sort of exploring her sexuality which is leaning towards Lesbian. It is something which I have never done before. This is definitely the toughest character for me to get into. This character needs to be oriented properly and so I have to think wisely while acting for the same. It is by far the most challenging role for me to play on-screen."

"This show is quite different with a very new concept and different story line, it is a finite series with 20 episodes which itself is very new in television. Although this is a television show but its cinematography is something above from other television shows, it is as great as seen in the movies," concludes Mona.

Nels 6 years ago Well first 2 episodes have been indeed interesting. Looking forward to next 18

.FemmeFatale. 6 years ago wow character like hers is quite new to India. Bold move by the makers. This show will be good.

PROTIM21 6 years ago She is awesome, hope this show brings trp to sony tv...

-FreeLancer- 6 years ago Mona surprised me with great acting chops in the first epi! looking forward to shaping up of her character and it takes a lot to hold on to ur own, standing with legends :)

BinKuchKahe. 6 years ago Loved the first episode of Yudh.
Looking forward to Mona, AB Sr & the rest of the cast's performances :)

Shaina_b 6 years ago She was good in the first episode!!!!

Tina1983 9 years ago Actually SRK also having a lot of fans abroad also,thats the reason

tomnjerry2 9 years ago thts fantastic... Congo to him !!

BeingKaShian 9 years ago love u srk!

u deserve the best!

redballoonsmo 9 years ago SRK you're GOD.. yOu deServe this. The Sense of acting you have none of the other actor has.